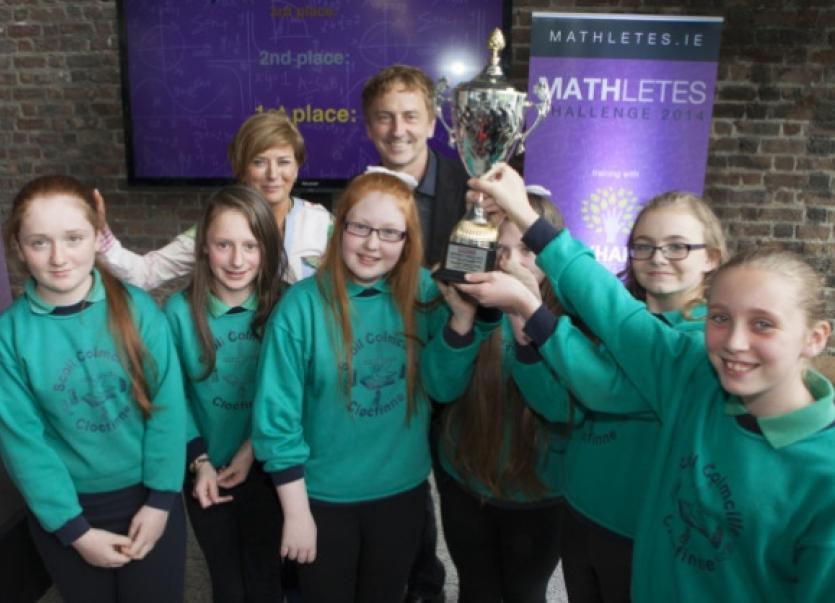 Students from Cloughfin National School, Lifford, have been named as the top MATHletes in the country.

Students from Cloughfin National School, Lifford, have been named as the top MATHletes in the country.

The fifth and sixth class pupils took part in the Primary Division of the Schools Challenge at the IFSC in Dublin last Saturday.

The brainchild of Cork based tech entrepreneur Sean O’Sullivan of SOSventures and Department of Education and Skills Junior Minister Ciaran Cannon, MATHletes uses the global leader in free online STEM education - the Khan Academy – to improve the overall standard of Ireland’s math students.

The Cloughfin champions are pictured here celebrating their achievement with Sean O’Sullivan.