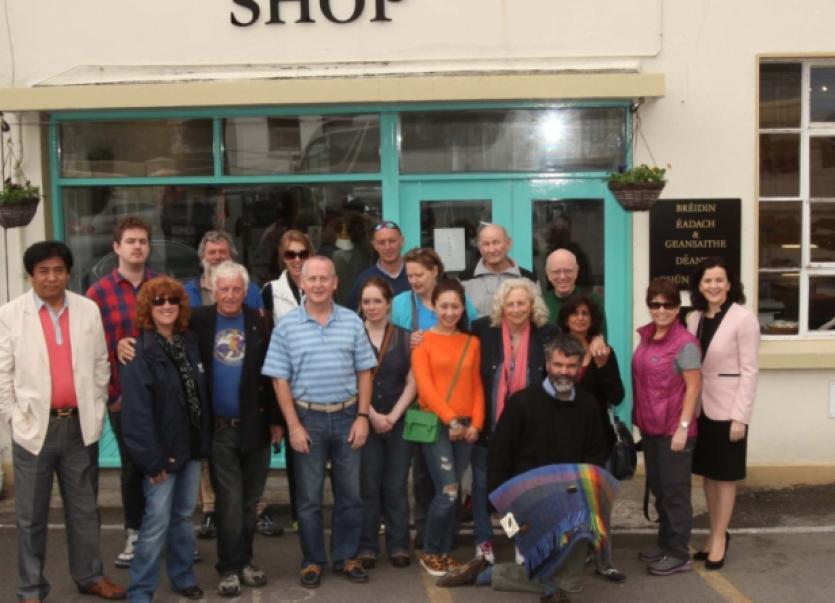 International media with a reach of more than 3.2 million people have been touring the Wild Atlantic Way in an event organised by Fáilte Ireland.

International media with a reach of more than 3.2 million people have been touring the Wild Atlantic Way in an event organised by Fáilte Ireland.

The tour is the first in a series of what Fáilte Ireland are calling “super showcase events”. Fáilte Ireland is investing 10 million euro this year in the new coastal tourism route, which stretches 1,500 miles from Malin Head in Inishowen to Kinsale, County Cork.

“The project is already proving a hit in our key overseas markets like Britain, the US, France and Germany and has massive potential to bring more visitors and more jobs to rural communities right along the western seaboard,” Fiona Monaghan, Fáilte Ireland’s head of project for the Wild Atlantic Way, said. “That’s why it is imperative we invite key overseas media to enjoy all it has to offer.”

The travelling media group include representatives of CNN, CBS and World Tourism China, and media organisations that cover such markets such as Britain, the states, China, Holland and Italy. Their itinerary will showcase the route as it travels through Donegal, Sligo, Mayo and Galway.

Over the next few weeks, Swiss and German media groups will arrive for their own tour of the recently defined route.

Ms Monaghan said she believed the Wild Atlantic Way will be a real game-changer for Irish tourism.

“Unlike ‘The Gathering’, the Wild Atlantic Way is not a one-off, but rather an evolving project which will build and develop over the years,” she said. “However, I believe that it can equal ‘The Gathering’ in one way, and that is how it will impact those counties it traverses.

“With its capacity to drive extra visitor footfall, mobilise communities and showcase the best of this country, the Wild Atlantic Way is set to be one of the most significant developments in modern Irish tourism and to be a significant engine of regeneration for rural Ireland,” Ms. Monaghan said.

The development of the Wild Atlantic Way is an evolving, long-term project, starting with the route and the Signature Discovery Points. There will be further interpretation and touring loops, with various enhancements, coming on stream over the next few years.