Down to the wire - again - for council budget vote 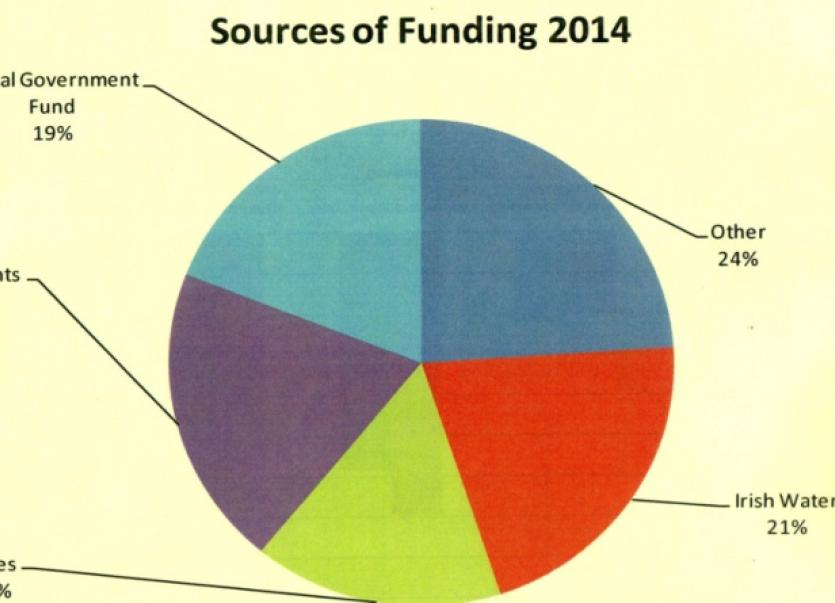 Councillors are working against a midnight deadline to adopt a 2014 budget, or may face being removed from office.

Councillors are working against a midnight deadline to adopt a 2014 budget, or may face being removed from office.

Councillors have a statutory deadline of midnight tonight in which to agree a budget. If they do not, they may face being removed from office by Minister Phil Hogan and being replaced by a commissioner appointed by the minister.

Last Tuesday, Fine Gael and Labour councillors, and four independent councillors brought forward amendments to the draft revenue budget that called for a 2 per cent cut in commercial rates and an additional 132,000 euro in the local development funds councillors allocate, among other adjustments.

Councillors who voted against the amended budget, which failed by a 15-13 margin, cited concerns about the transfer of water services to Irish Water, and the need for increased funding for roads, housing and other key council services.

Fine Gael Cllr. Barry O’Neill, party whip, criticised councillors for linking Irish Water concerns to their vote. “Never before, my 10 years on council, did a national issue beyond our control become a stumbling block for not passing the budget,” he said. He said it was up to the groupings who voted against the budget to bring forward their own proposals today.

Speaking after last week’s vote, Fianna Fáil Cllr. Ciaran Brogan said the implications of the Irish Water transfer on the council will be huge, and cannot be considered solely a national issue.

Councillors have expressed concerns over the transfer of 350 million euro of council water assets to the new authority and unanswered questions over water charges under Irish Water and the new authority’s responsibility for problematic treatment systems in Donegal estates.

Cllr Brogan said he did not expect his party to support a budget this week, “unless government parties can actually get some attention at national level whereby Minister Hogan and Irish Water sit down and recognise Donegal needs funding, we’re a special case, we’re a huge county. And that’s what I would call on them to do.”

Other groupings and independents have discussed their own budget adjustments in closed-door talks with senior council staff and other groupings, but only the one sets of proposals has come for a vote. There were meetings on Friday between representatives of different groupings and the county manager and senior finance staff.

Sinn Féin party whip, Cllr. Mick Quinn, said, “We will work with all parties to see can a balanced budget be agreed. However, I am certainly not optimistic that this can happen, based on the budget book as presented.” He added, “I also believe that the shocking revelations regarding the expenditure by Irish Water of 50 million euro for consultants raise enormous questions.”

This is the third consecutive year that Sinn Féin councillors and Cllr. Campbell have voted against the council’s revenue budget, saying there was not enough money for housing and other key services.

Last week, during talks with the county manager and senior finance staff, Cllr. Campbell said he had proposed budget adjustments that were less costly than those voted on last week. However, he said he was told there was no leeway. “I couldn’t stand over increases in expenditure when I proposed half the increase and was told it couldn’t be accommodated,” Cllr. Campbell said.