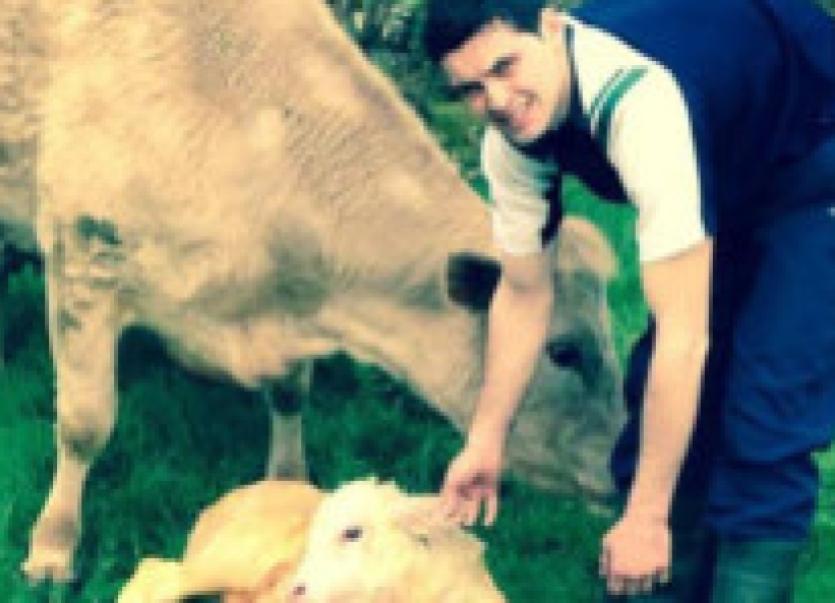 One candidate in the forthcoming local elections sasy he has his hands full between canvassing and keep watch on the farm family’s growing heard of stock.

One candidate in the forthcoming local elections sasy he has his hands full between canvassing and keep watch on the farm family’s growing heard of stock.

James Pat McDaid, a Fianna Fail candidate in the upcoming Donegal County Council Elections, had to take time out of his canvassing schedule last week in order to attend the emergency birth of this young Charolais Calf, which was born on his family farm in Glenkeeragh, New Mills, Letterkenny late last week.

James Pat says he is now on call 24/7 during the election campaign, in order to ensure his father has sufficient help on the family farm during this busy time of year.

“It’s all early mornings and late nights now for the next few weeks,” he stated.

Coming from a farming background, James says he is only too well aware of the worsening position for Irish farmers with recent news confirming a “stealth cut” to the Single Farm Payment, he says will hit low income farmers this year.

“Farmers receiving between €5,100 and €10,000 will see their payments cut by up to 10% under the new changes. Up until and including 2013, the first €5,000 of the single farm payment was exempt from modulation. However, in response to a parliamentary question, Fine Gael Minister Simon Coveney has admitted that any farmer receiving a payment of more than €5,000 will have a 10.49% “linear deduction” imposed on the full amount of their funding. This equates to a cut of €452 for a farmer in receipt of a payment of €5,001. However, as the payments increase, the deductions reduce and actually result in increased payments for farmers receiving €50,000 or more.”

James Pat refers to comments made by Fianna Fail Spokesperson for Agriculture, Deputy Éamon Ó Cuív, citing that “This is another body blow for low income farmers and is creating a feeling of hopelessness amongst the farming community where it seems all the focus is on those with large farms on very good land. In other words everything is focussed on the top 15% and there seems to be a conscious effort to try to drive many of the smaller farmers or farmers on marginal land out of business by wholesale cuts to payments and multiple schemes with ever more red tape”.