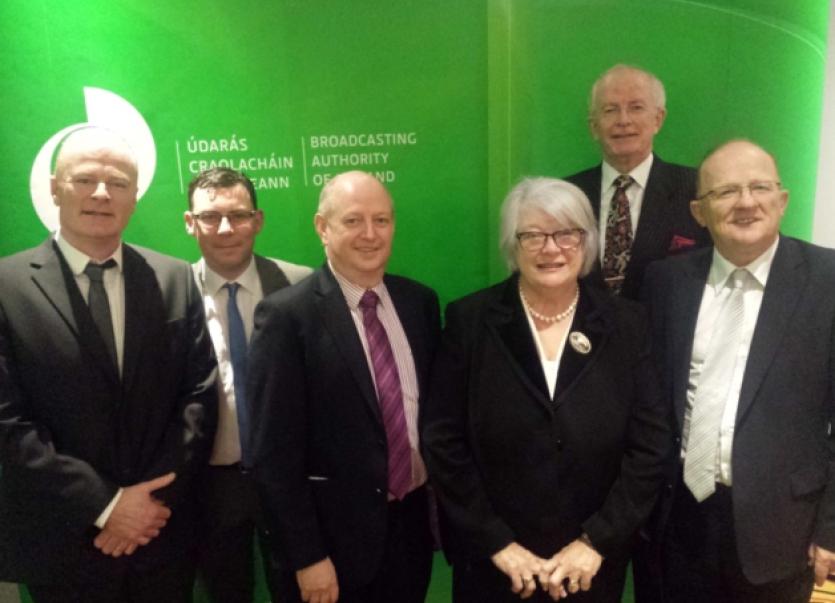 Two companies competing for the local radio licence for south Donegal, north Leitrim and Sligo made their cases to the Broadcasting Authority of Ireland (BAI) today.

Two companies competing for the local radio licence for south Donegal, north Leitrim and Sligo made their cases to the Broadcasting Authority of Ireland (BAI) today.

The bids for the new licence, which comes into effect in October, were heard by the BAI’s Contract Awards Committee at the Clarion Hotel, Sligo.

North West Broadcasting Ltd, trading as Ocean FM, have had the franchise for the last ten years.

Their pitch emphasised the importance of the area retaining a standalone station. Tim Collins said the most important question to consider when awarding the licence was “Will this region be richer in terms of diversity?”

He also said Ocean FM had shown its ability to be “nimble” in a fast-changing media environment, with a newly re-launched website including video, tying into all social media. “The world is changing and continue to change: our business will change with it,” he concluded.

Niall Delaney said Ocean strives to deliver “local radio with national standards”. He cited numerous awards for drama, documentaries and other programming, as well as the station’s commitment to local news and sports.

The second company vying for the licence is NW Coast FM Ltd, tradiing as Coast FM.

This company is owned by Mayo-based Midwest Radio, which operated the south Donegal, north Leitrim, Sligo franchise for fourteen years, from 1990 to 2014.

Coast pointed to their track record during the fourteen years they held the franchise. “Not only do we know how to do it, we have done it,” Margaret Heffernan said.

Paul Claffey said theirs was a “tried and tested formula” with a record that was “second to none”, including consistent profits, the second largest market share in Ireland and numerous PPI awards, including station of the year in 2003,

Tommy Marren pointed out that, of the 81,000 listenership in the franchise area, 13,000 were listening to Midwest or Highland rather than Ocean. Their proposals for a wide range of quality programming would bring listeners back, he said.

The Coast team also argued that a standalone station is not sustainable because the franchise area is too small. They propose circa 40 per cent “shared programming” with North West Radio. The shared programme, he emphasised, would allow them to enhance the service to listeners.

Ocean also promised to bring back night-time receptionists, invest up to €1.2 million in the station, and develop the station’s web presence.