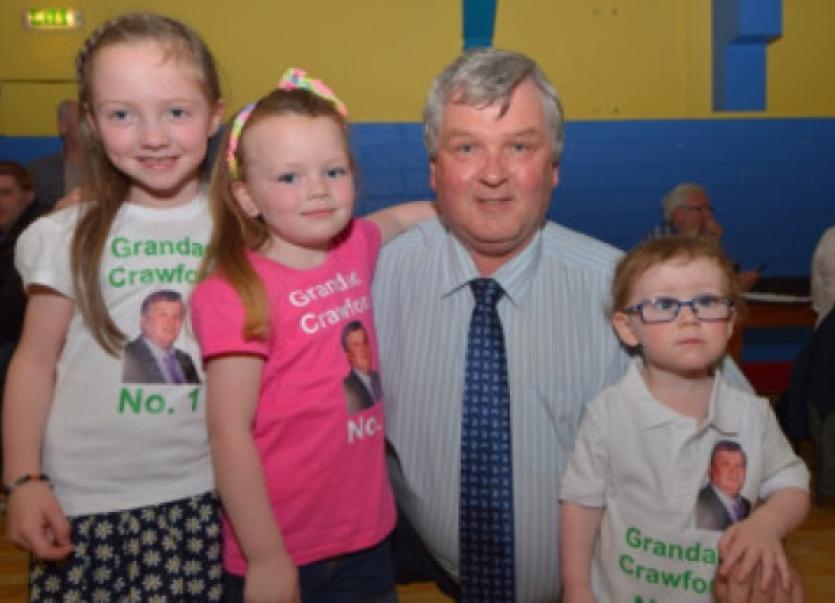 As expected, the Stranorlar Electoral Area was the first of the five electoral areas to complete the counting of votes on Sunday evening.

As expected, the Stranorlar Electoral Area was the first of the five electoral areas to complete the counting of votes on Sunday evening.

At 7.45pm, after the ninth count, Sinn Fein’s Liam Doherty passed the quota and he was deemed elected along with Gerry Crowford (FF) and Martin Harley (FG), both of whom failed to reach the quota.

They were the last three of the six candidates returned. Earlier in the day, Sinn Fein’s Gary Doherty topped the poll with 1,967 votes. He was elected on the first count along with Frank McBrearty (Ind) who polled an equally impressive 1,591.

So there were no real surprises at a count centre which was relatively quiet for much of the day.

Unlike previous elections, there was little excitement or tension because the six elected candidates were so far clear of the rest, going by the tally figures.

Liam Doherty’s election ensured there was double reason to celebrate for Sinn Fein.

Crawford and Harley were also both happy with their respective performances - Harley being returned for the first time following his election to the council in 2009.

Patrick McGowan of Fianna Fáil polled 1,414 first preference votes - just over 1,000 short of the quota. He was never in any danger of not being elected and was returned on the 7th count.

A number of candidates will have been disappointed with their return while Fine Gael will look back on an election where once again, they managed to elect only one candidate.