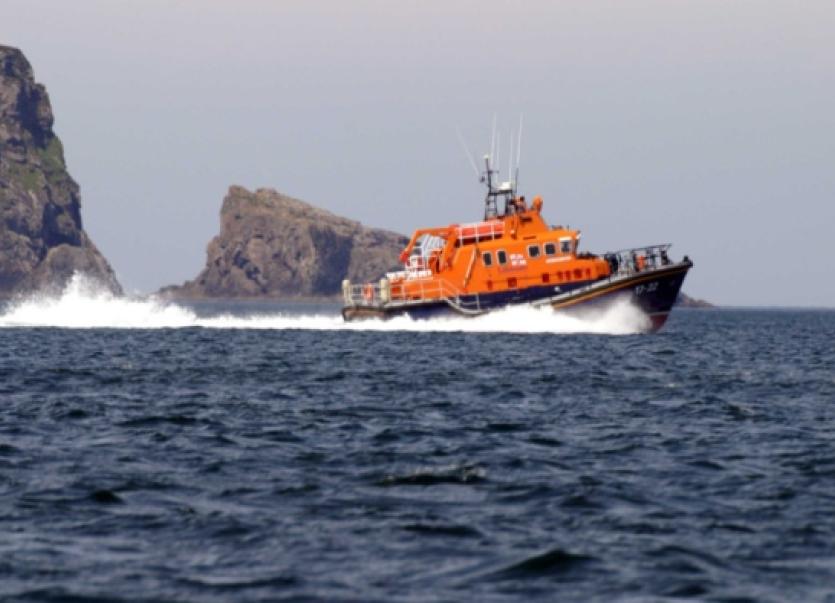 Arranmore RNLI has rescued two people this evening after their 14ft punt boat got into difficulty off the Donegal coast.

Arranmore RNLI has rescued two people this evening after their 14ft punt boat got into difficulty off the Donegal coast.

The volunteer lifeboat crew was requested to launch at 4.30pm today following a report from Malin Head Coast Guard that two people were on board the fibre glass punt which had suffered a broken outboard engine and broken oar in the Crohy Head area.

The all-weather lifeboat under Coxswain Anton Kavanagh and with six crew on board made its way to the scene at Trawenagh Bay, six miles out from Arranmore.

Rescue 118 was also tasked to the scene and spotted the casualty vessel shortly after 5pm at the mouth of Trawenagh Bay.

Weather conditions at the time were good with a calm sea and clear visibility.

At the scene, the lifeboat crew transferred the two casualties from their vessel onto the safety off the lifeboat before returning them to shore.

Using the station’s Y-class lifeboat, the crew towed the stricken punt to safety into Black Point slipway located between Trawenagh and Crohy.

Speaking following the call out, Arranmore RNLI Coxswain Anton Kavanagh said: “This was a joint operation between ourselves and the Coast Guard and we were happy to be able to return the two people safe and well back to Black Point slipway this evening.”