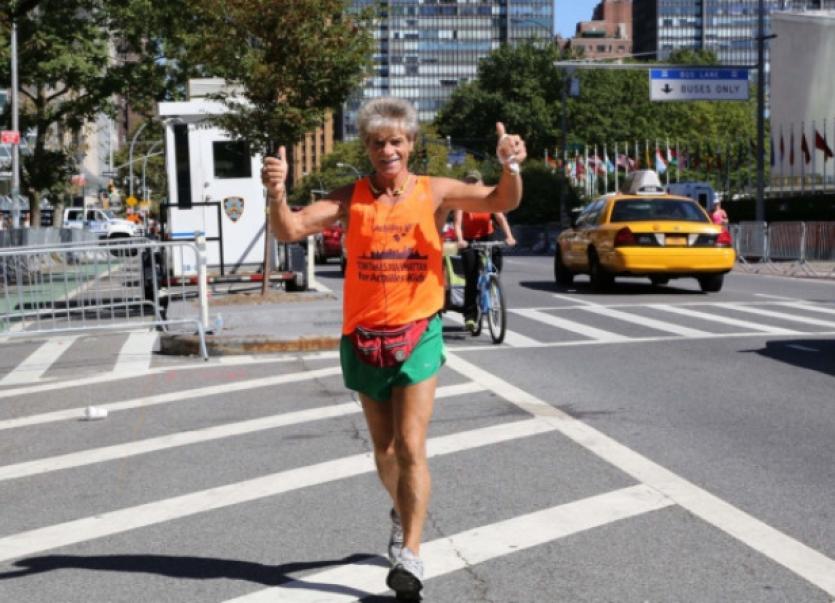 A former Fermanagh Gaelic footballer with strong Donegal connections will do a 24-hour run for the Irish Heart Foundation on the eve of the Donegal-Dublin All-Ireland semi-final on the last Sunday of the month.

A former Fermanagh Gaelic footballer with strong Donegal connections will do a 24-hour run for the Irish Heart Foundation on the eve of the Donegal-Dublin All-Ireland semi-final on the last Sunday of the month.

Tom McGrath (66), formerly from Ederney but now resident in Manhattan, New York, will commence his charity run at Santry Stadium, Dublin, at 11 am on Saturday 30th and will conclude 24 hours later at 11 a.m. in Croke Park, ahead of the unique occasion of Donegal and Dublin meeting in both the minor and senior All-Ireland semi-finals.

Tom is the seventh son of our parents Hugh and Eleanor of the famous sporting McGrath family who are widely known for their GAA and sporting prowess. Tom, now a bar owner of The Black Sheep Bar in Manhattan, has always been proud of his Donegal heritage with both parents hailing form Lettercran, Pettigo.

The charity run in Dublin, in aid of the Irish Heart Foundation, will be the last scene of a movie, “Lazarus Running,” which will chronicle the life of Tom McGrath and his amazing runs for charity.

The event will be covered by a camera crew who will accompany Tom from the US and there will also be an Irish camera crew.

“I will carry the 1996 Olympic Torch and be accompanied by two children (with heart problems), one from Donegal, one from Dublin, each carrying their County football flags - it will be a beautiful finish to my 24 Hour Run,” said Tom, who is really looking forward to the weekend.

Albie Pickin from Ballyshannon will carry the Donegal flag on the final leg of the run to Croke Park on Sunday week.

Tom hopes to visit Donegal in the week after the All-Ireland semi-final to include some Donegal scenes which will be included in the movie.

Tom’s list of achievements since taking up athletics in 1965 are just too numerous to mention. Among the highlights are

Marathons each year since 2004 in: