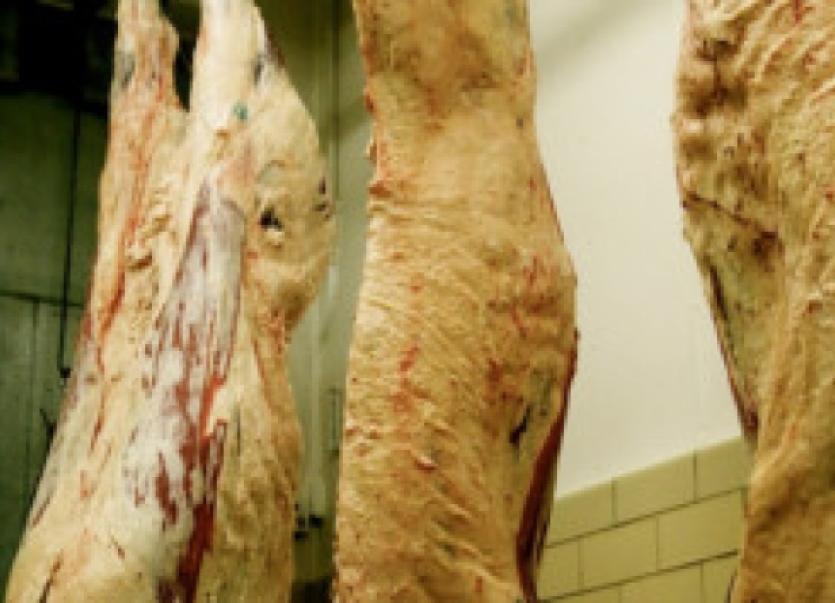 Growing anger from local beef producers was aired at this weeks meeting of the Donegal branch of the IFA.

Growing anger from local beef producers was aired at this weeks meeting of the Donegal branch of the IFA.

It heard that the farm group may have to resort to a campaign of “direct action” to dramatically highlight the crisis in the beef sector.

The meeting held in Letterkenny’s Clanree Hotel on Tuesday night heard that farmers just over the border in the North are getting €350 more per carcass at the meat plants than their counterparts in Donegal and they say a higher price should be demanded for their produce.

Donegal IFA Chairman PJ McMonagle said possible direct action could include either blockades of meat processing plants or further protests similar to those that took place in recent weeks at some supermarket stores.

He added that the prices in the beef sector had been “on a slippy slope since the summer” and they may be forced into such protest action if there was “no alternative”.

He described the situation as “very frustration” for local farmers.

The group recently held a protest outside a local Letterkenny supermarket to highlight what the issues they have with commodity prices and they may be force to escalate such action, they claim.

“If there is no change we will have to take direct action. We need to mobilise the branch and be on the alert,” he stated.

The meeting heard that local representatives had attended a national IFA meeting where it was proposed the group meet with representatives from the meat factories to address the issue.