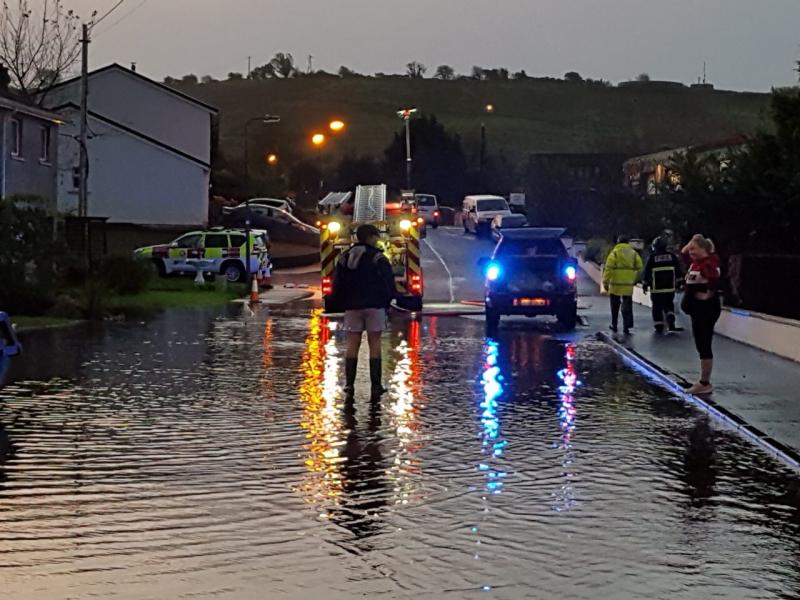 Flooding has been reported this morning in the Drumlonagher and New Row area of Donegal town.

The River Eske runs in close proximity to many houses in the Drumlonagher area which is about 200 meters from the nearby Public Services Centre.

The street is flooded and some houses have been affected.

Fire tenders are on hand at present with a high tide expected at 11am.

This early morning photo was taken by photographer Siobhan McGowan.

Meanwhile closer to town at New Row, beside the Magee factory what was described as a "mini river" of water has been flowing in this area and at least four houses have been reported as flooded.

Elsewhere in county Donegal there are reports of many roads being flooded.

The Gaoth Dobhair road in Dungloe is reportedly flooded.

The Frosses road outside Glenties is also badly flooded.