MAGGIE O'DONNELL WOULD HAVE BEEN 101 IN MARCH 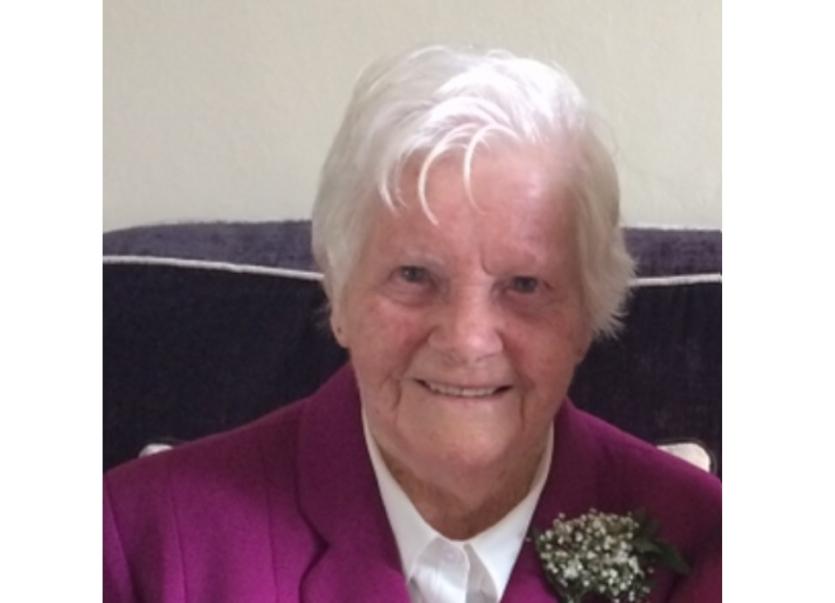 The death, in her 101st year, has been announced of Maggie O'Donnell, Shalvey, Kilcar. The late Mrs. O'Donnell celebrated her 100th birthday on Mother's Day last year.
A member of the well-known McShane family in Kilcar, Maggie enjoyed great health for most of her life and enjoyed life to the full. She passed away in her home where she was cared for by her daughter, Anne.
Born in Kilcausey on March 31, 1919, Maggie was the third in a family of seven McShanes, five girls and two boys. Mary and Ellen were older, while Una, Brigid, Patrick (Paddy) and Christy were younger. Her parents were Michael and Una McShane.
After finishing in Coguish National School, like many others, Maggie emigrated to England for work. She also worked in Dublin and Belfast before returning home where she met and married her husband Francis (Francie) O'Donnell on August 16, 1951
She set up home in Francie's home place of Shalvey where they raised their family of three - John, Mary and Anne.
Of an industrious nature, Maggie used the skills she had learned when away from home of sewing and knitting, were put to good use. Like most families, they were self-sufficient, farming and fishing. She ran a B&B. She also had a great interest in card playing and bingo.
Maggie O'Donnell is being waked in her home today and tomorrow (Tuesday) and her funeral will take place in St Cartha's Church, Kilcar on Wednesday with Requiem Mass at 12 noon with internment afterwards in the local cemetery.