Cathaoirleach vows to support tourism and other small businesses in Donegal 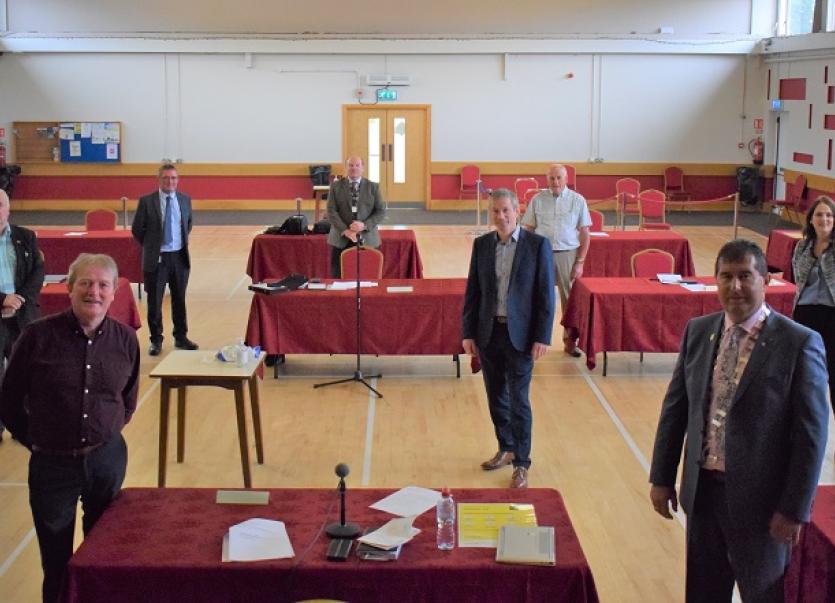 Newly elected Cathaoirleach of the Municipal District (MD) of Donegal Cllr Micheál Naughton (FF) said he would do everything he could to get Donegal back on its feet.

Cllr Naughton was nominated for the role of Cathaoirleach at the AGM of the Donegal MD on Tuesday. He was proposed for the  role by Cllr Micheál McMahon (SF) and seconded by Cllr Niamh Kennedy (Ind).

The Cathaoirleach thanked his fellow councillors for the proposal and second. He also thanked outgoing Cathaoirleach Noel Jordan (SF) for his work over the last year.

“We have all worked well together in this MD,” said Cllr Naughton. “ I wish to continue that into this year, to work with members and to continue to deliver for this area from Bundoran to Glencolmcille.

“I have no doubt that we will achieve great things for this MD.

“But we  can't get away from what has happened in the last four months. We are in unprecedented circumstances as a county and as a country. There will be big challenges ahead. We have to start looking at the 'glass half full' and we have to look to the future..

“This is going to be a very challenging year for people in this county and this MD. There will be a huge onus on us as councillors and on the government to get people back to work.

“I want to be the voice for small enterprises. We all know what tourism means to this county. We will work with those people to get back to some normality and get the economy going again.

“I will also be calling on the government to support small businesses. They are the people providing  jobs,” he said.

Cllr Barry Sweeny (FG) was elected Leas Cathaoirleach, having been proposed for the role by Cllr McMahon (SF) and seconded by Cllr Naughton.