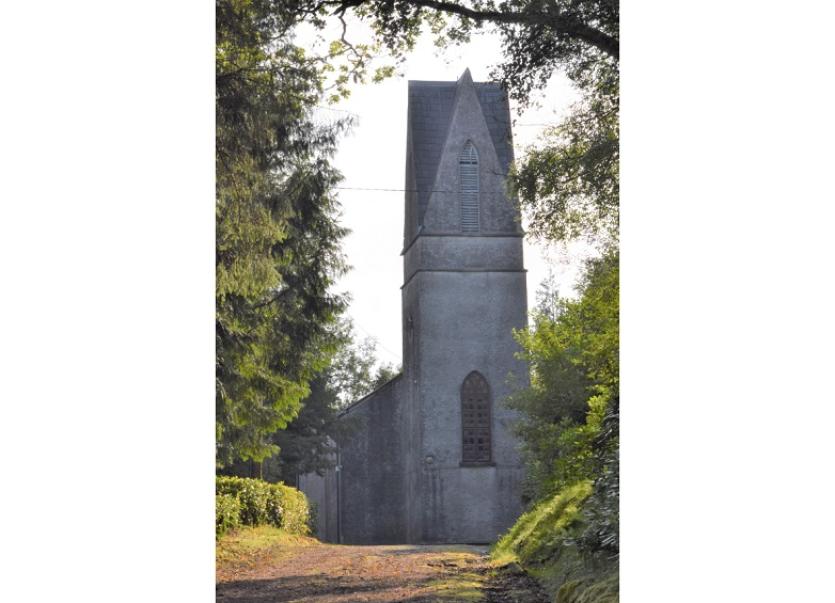 Funding of STG£1,500 has been awarded towards the repair of the avenue to one of the county’s most picturesque churches.

Christ Church, Lough Eske forms part of the Donegal Group of Parishes along with Donegal Town, Killymard and Laghey under the ministry of Archdeacon Ven. David Huss.

The grant towards repairs of the church avenue was awarded by Allchurches Trust.

Ven. Huss told the Donegal Democrat: “It is a small church but a very beloved church in a beautiful location. We want to make sure that we can continue to use it going into the future.

“We are delighted to get this grant which adds to the fundraising that has already been done.

“The church avenue has never had a proper surface on it. Over the years rainfall has left it lumpy and bumpy. It is in bad repair and needs to be resurfaced. We look forward to doing that work soon.”

Ven. Huss and his parishioners are very grateful for the support from the Allchurches Trust.

“We are delighted to get this grant which adds to the fundraising that has already been done,” he said. “We have had a couple of small fundraising events in the past. A big one was planned for the summer but that has been postponed. Hopefully that will happen at some stage.”

According to the National Inventory of Architectural Heritage (NIAH), Christ Church was probably built as an estate church associated with Lough Eske Castle. It may also have acted as a chapel of ease for the parish of Killymard.

The NIAH suggests that Lough Eske became a separate parish in 1870 but later formed part of Killymard.

The NIAH also states: “This church with its conspicuous tower is an important element of the built heritage of the Lough Eske area, and acts as a focal point in the landscape to the north-east of Donegal Town.”

With so many changes to the area - and indeed to how we live our lives in the 21st century - Christ Church in its beautiful and tranquil location is something of a touchstone for a simpler and more spiritual way of living. This is something that many people crave now more than ever as the coronavirus crisis has led to much re-evaluation of what is important in life.