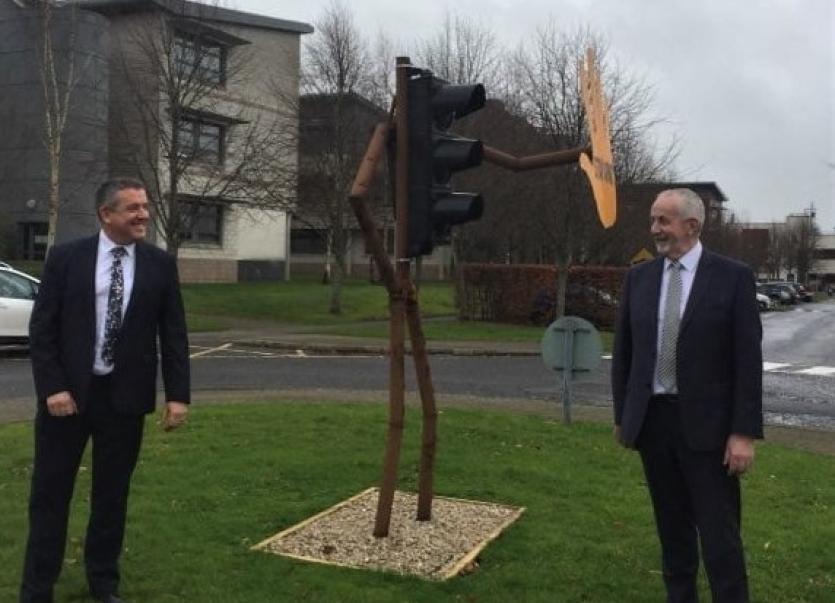 Donegal-based national charity Alcohol Forum Ireland has appointed a senior member of the staff of Letterkenny Institute of Technology to be its chair.

Billy Bennett, vice president for academic affairs and registrar at Letterkenny Institute of Technology, has taken on the role.

He replaces outgoing chair Pat Harvey who is a founder member of the charity.

Mr Bennett said the role is an important one. Paying tribute to the outgoing chair, he said: “We owe huge thanks to Pat, who in founding this organisation had a vision that has supported and transformed the lives of hundreds of children and families who were struggling and suffering as a result of the harmful use of alcohol.”

The charity which has for 15 years provided a range of supports and services across the Sligo, Leitrim and Donegal, has recently begun work on developing a new under 18s service in Cavan and Monaghan.

Mr Bennett said he is keen to highlight the growing national reach of the organisation.

“It’s great to see a charity which began as a Donegal based initiative, now supporting and leading community action on alcohol at a national level,” he said.

One of the initiatives that the LYIT has been involved in is the development of a certificate in alcohol licensing which is now in its second year and is being rolled out nationally.  The next course begins this month with over 20 participants, a mix of gardaí and staff and volunteers from regional and local drug and alcohol task forces.

While participants will receive an accredited Level 7 Certificate, the motivation in developing the course was to support communities to become more engaged in the area of alcohol licensing; reporting breaches, collaborating with gardaí and making objections to license applications where appropriate. This is particularly relevant given that the latest European Schools Survey highlights the fact that 79% of Irish teenagers find it ‘fairly easy’ or ‘very easy’ to obtain alcohol.

“This week is European Awareness Week on Alcohol Harm,” Mr Bennet said.  “If anyone wanted a reason to support the vision of the charity, the latest data from the European Schools Survey Project (ESPAD) is a pretty good one. The survey found that the number of Irish teenagers who had been intoxicated in the 30 days prior to the survey was 3% higher than the European average. It also found that almost a quarter (24%) of our children began drinking at the age of 13 or younger. The age that our children begin drinking is creeping earlier into childhood and as a society, we really need to challenge ourselves, our schools, parents and government to do more to protect children.”

READ MORE: Donegal research and technology improving the lives in one of the poorest corners of the world