Tributes paid to Judge Paul Kelly after a decade in Donegal

Judge taking up role as president of the District Court 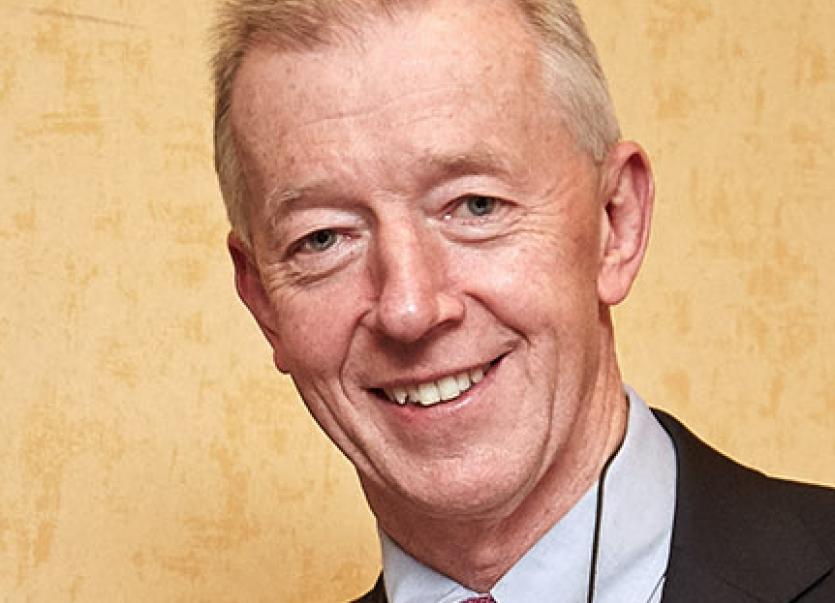 Tributes have been paid to outgoing Donegal District Court judge Paul Kelly on his official last day as a judge in the county.
Legal practitioners, gardaí and Courts Service staff were among those who paid tribute to Judge Kelly on Friday before court proceedings began at Letterkenny District Court.
Speakers commented that he had always treated clients with respect and introducing innovative approaches to sentencing. There was also praise for his work in establishing the Pro-Social Drivers Programme in Donegal.
The Kildare man was also complimented on his efforts to embrace the county and its people during his ten years in the county.
The former solicitor and Leixlip town councillor, who was appointed to Donegal in April 2011, will take up his new post as president of the District Court next week but will continue to attend courts in Donegal over the summer.
County Registrar Geraldine O’Connor congratulated Judge Kelly on his new appointment. She said he was a very fine and popular judge and who had always been most helpful and supportive to the court staff in Donegal. There is a genuine sense of regret in the courts' office at his departure, she said.
Ms O’Connor said she would have no doubt that he would rise to the challenge of his new station. "Donegal's loss will be Dublin's gain,” she said.
Barrister Damien Crawford said it was “a genuinely bitter-sweet day”.
Judge Kelly was a welcoming face for people who found themselves in court, he said and his work in Donegal has "left and will continue to leave a strong mark," including his work with young drivers.
"Personally it has always been a joy to come into your court," he said.
Solicitor Kieran O'Gorman, speaking on behalf of the Letterkenny solicitors, said Judge Kelly has been held in very high esteem by the solicitors in the county.
He said he had immediately fitted in very well with all the solicitors upon his arrival. "It is unfortunate for us that you are moving up the ladder. We congratulate you but it is with deep regret that we congratulate you."
He said Judge Kelly had always treated clients with fairness and respect.

Several speakers pointed to his role in the establishment of the Pro-Social Drivers Programme.
Anne Duke, manager of the Probation Services in Donegal, said there is a deep appreciation for Judge Kelly’s loyalty and ongoing support of the project
"When you came here, you saw that driving behaviour among young people was such an issue here and it needed a remedy,” she said.
She said Judge Kelly had used the Probation Services often for sentencing which showed compassion and interest in offenders. He had also experimented with progressive methods of restorative justice, she said.
Ciaran MacLochlainn, on behalf of the Inishowen solicitors, said St Vincent De Paul in Buncrana had benefited greatly from donations ordered by Judge Kelly.
Liam Magee from the organisation presented the judge with a gift and told him the donations had been very well used.
Superintendent Michael Finan said Judge Kelly had shown a genuine interest in getting to know Donegal and its people and become involved in sporting groups in the county.
He said he had always shown respect for people's dignity. In terms of policing, he always showed an understanding of the difficulties gardaí face, he said.

'I did not get every single decision right'

Judge Kelly said he always tried to make the best decision he could in every case that came before him, “but I am quite certain I did not get every single decision right”.
He paid tribute in return to all the lawyers, gardaí, Courts Service staff, Probation Service staff and community groups he had dealt with.
Judge Kelly said Donegal has had a very bad press for road traffic deaths, somewhat unfairly, and he was happy to help introduce the Pro-Social Drivers Programme.

“I have been relentlessly promoting it to colleagues and will continue to do so and I think it is a worthwhile legacy for the county,” he said.
He said he has bent over backwards to try to avoid giving people their first criminal convictions.
“I felt that that was the right thing to do and my faith has been repaid by the way offenders reacted to that.”
Paying tribute to the county and its people, he said: “I have seen most of the county and I never failed to be struck by the beauty of the county, as well as the warmth and friendliness of the people I meet.
“Being in Donegal for the last ten years has been a foretaste of heaven, I’m sure.”