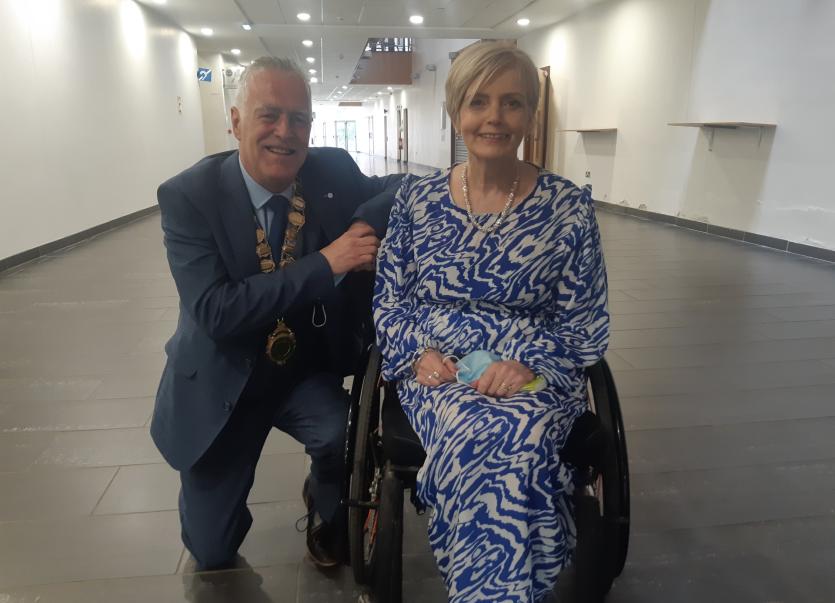 The Glencar man received the chain at Tuesday’s annual general meeting of the municipal district in the Aura leisure centre.

It is the second time the Fine Gael councillor has become the mayor of the municipal district, the first being in 2017.

Cllr Kavanagh was joined at the meeting by his wife Róisín and his daughter Michelle. Other families members joined the meeting online from abroad.

He said it was a huge honour and he was absolutely thrilled to have been elected mayor for the second time.

Hopefully, the next year will see society opening up fully again, he said.

Letterkenny is facing exciting times with projects including the revamp of the Market Square, a new tourism attraction at the old courthouse, the renewal of Lower Main Street, the development of a new linear park and the regeneration of the cathedral quarter, he said. There is also significant funding allocated to Ramelton and Rathmullan, he said.

The new mayor said the single biggest challenge facing the council is mica.

“We have a huge task in supporting every family who has had this awful misfortune visited on them,” he said.

“We must exert as much pressure as possible on Government to ensure suitable redress for everyone affected.”

He said the council should find a suitable way to remember all those who died in the area from Covid-19 and also honour the frontline workers and emergency workers for their efforts during the pandemic.

Cllr Kavanagh also said he is looking forward to Letterkenny renewing its links with its twin town Rudolstadt in Germany over the next year.