The Bunbeg Coast Guard service was withdrawn in 2014 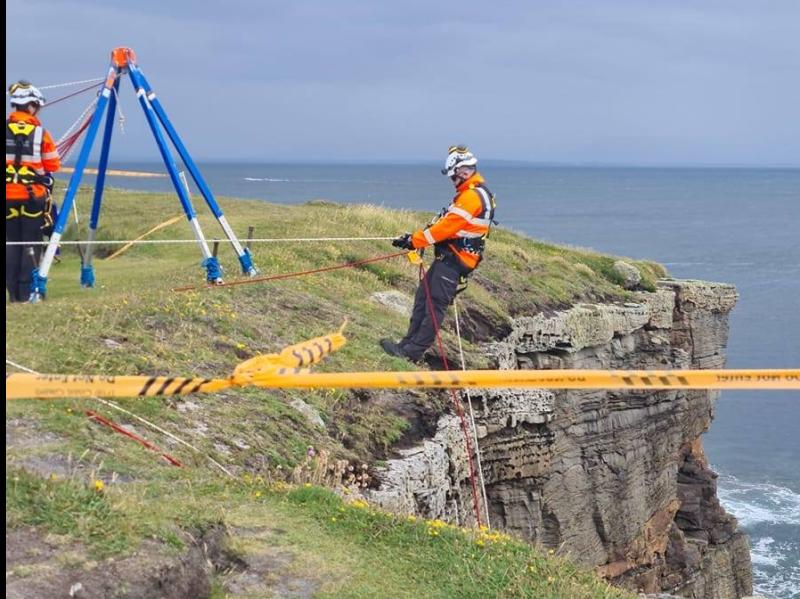 Cliff rescue services have been retained at the Greencastle, Mulroy and Killybegs Coast Guard units

A west Donegal councillor is calling for the cliff rescue service at Bunbeg Coast Guard station to be restored as a “matter of life and death”.

The service was withdrawn in 2014 following a value for money review of the Coast Guard service in 2012.

Independent councillor Michael Cholm Mac Giolla Easbuig has called for the service to be restored due to the increase in adventure tourism in the area in recent years.

He said there is a high number of tourists coming to the area for activities including rock climbing. The local population has embraced this and we rely very heavily on the Coast Guard service”, he said.

“The Bunbeg Coast Guard does a huge amount of great work and it is such a valuable service,” he added.

He said questions have been put to the transport minister about how much money has been saved by getting rid of the service and what the call-out times are from the Killybegs and Mulroy stations to islands off the coast of west Donegal.

“If someone is hanging off a cliff or falls down a cliff, or suffers a stroke or a heart attack, they can’t wait all that time for someone to come from Killybegs or Mulroy. Every second counts,” he said.

Following a Dáil question from independent Donegal TD Thomas Pringle on plans to restore the service, Minister for Transport Eamon Ryan said there is the ability to transport cliff rescue units to west Donegal by the Sligo-based Coast Guard Rescue helicopter.

READ MORE: Donegal woman's anger at being abandoned on train - 'They don't care about people with disabilities'