Alex Barr has been named Ulster Young Carer of the Year

A young Donegal boy who has been a carer to his mother since she became a wheelchair user has been recognised at a national awards ceremony.

Eleven-year-old Alex Barr from Inishowen has been named Ulster Young Carer of the Year at the Netwatch Family Carers Ireland awards.

Alex Barr, who is from Birdstown near Burnfoot, had just started junior infants when his mother Samantha became unwell. He has cared for her ever since.

Samantha took unwell and was transferred to a Dublin hospital, where she stayed for many weeks, only being able to see family once a week.

When Samantha was finally allowed home, life as they knew it had changed and changed drastically. His mum is now a full-time wheelchair user and Alex just stepped up and took on the role of caregiver, when in reality according to Samantha, it should have been the other way round. She says he never once saw the chair before her – she was still his Mum, first and foremost, and only for his fight and positivity did she get through that time of acceptance and change.

His mother is the one he needs when he’s unwell but according to Samantha, the truth of it is that she needs him more than he needs her. Alex has had to miss out on so much because of his mum’s situation and he has never once complained. He helps Samantha with dinner, dressing, cleaning and all with a smile on his face and he’s really had to grow up so much faster than his friends. 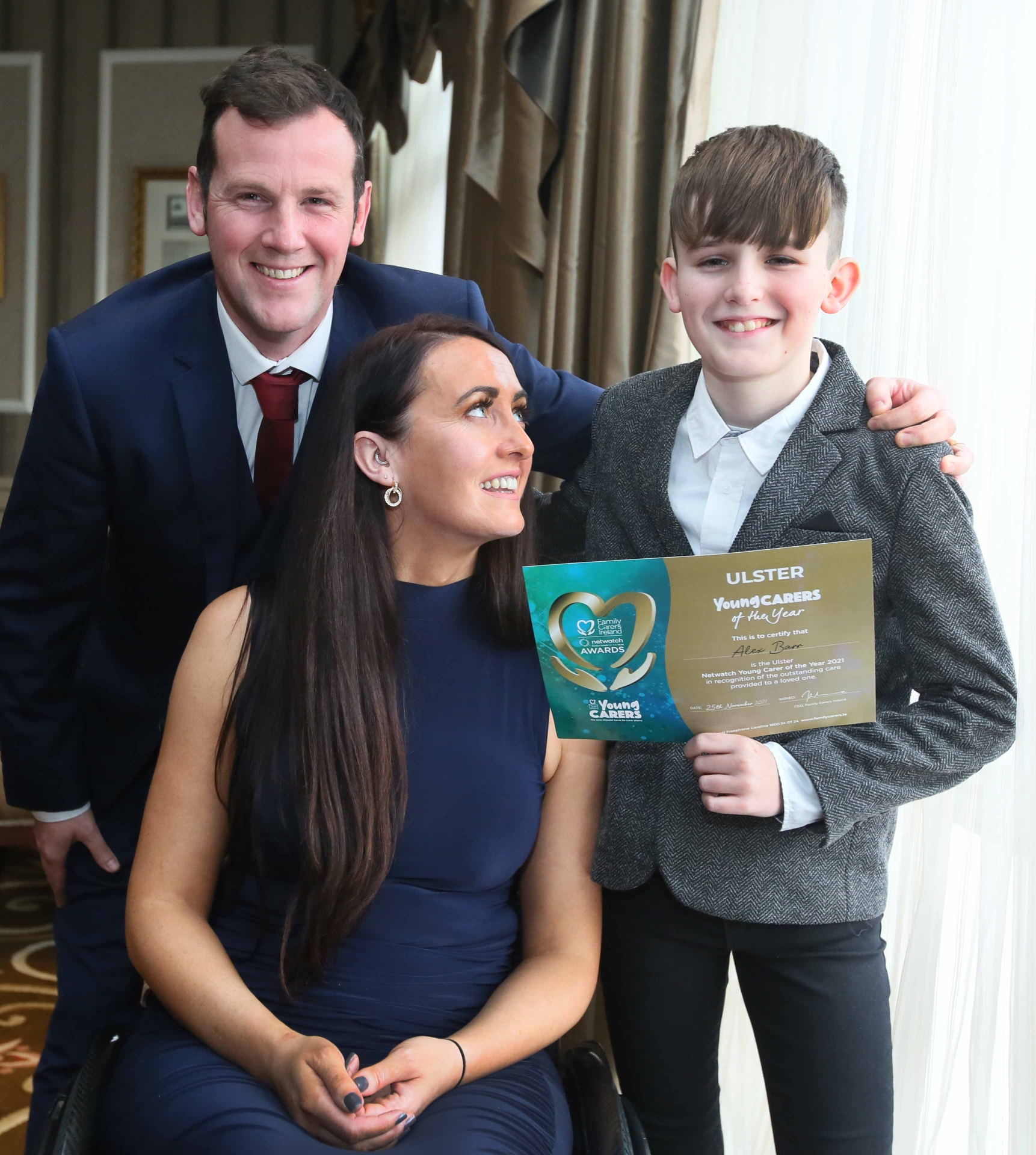 Samatha says he’s simply a smashing fella and she would love to see him recognised for all he does for her.

He received the award at a ceremony held in The Westin Hotel, Dublin and hosted by broadcaster Miriam O’Callaghan.

Now in their 15th year, the Netwatch Family Carer of the Year awards seek to recognise and shine a light on the remarkable contribution of Ireland’s forgotten frontline who go the extra mile every day in caring for loved ones with additional needs.

Family Carers Ireland supports more than  500,000 family carers across the country who care for loved ones such as children or adults with physical or intellectual disabilities, frail older people, those with palliative care needs or those living with chronic illnesses, mental ill-health, or addiction. It provides a range of services and  supports for family carers through its Carer Support Centres nationwide and through its national freephone careline 1800 24 07 24. See www.familycarers.ie for more information.