Hospital manager says pressures caused by Covid-19 have not peaked 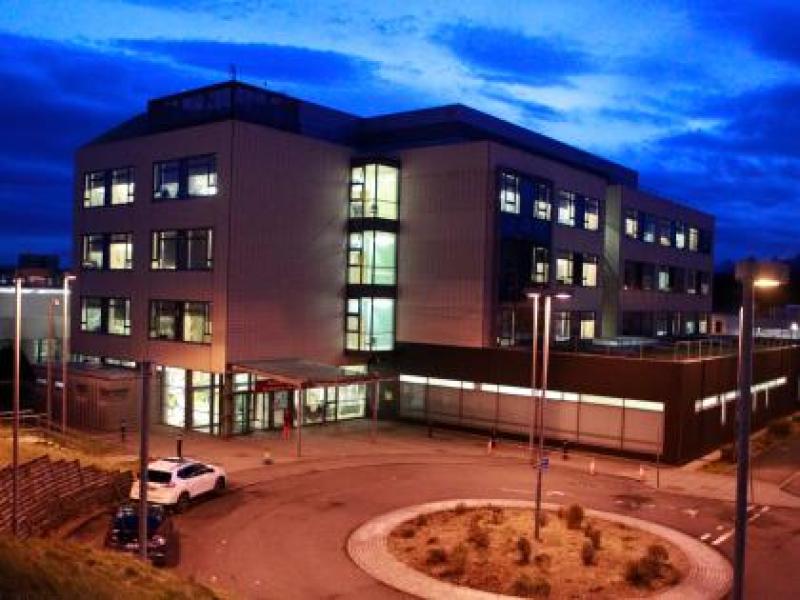 Letterkenny University Hospital does not have the ability to send ICU patients to other hospitals due to the pressures on intensive care units throughout the country, the hospital’s manager has said.

Seán Murphy said the hospital has sent a small number of ICU patients to other hospitals in recent weeks but the hospital will have to rely on the escalation plans to increase ICU and critical care capacity due to the demand on ICUs nationally.

The hospital’s emergency department has been up to 20% busier in recent weeks compared to the same period in 2019 and the hospital is experiencing probably the most pressurised period in recent times, he said.

He said 11 of the highest number of daily attendances at the emergency department have been in the last three months.
Mr Murphy said the hospital has been “extremely busy” since September and activity has remained “ramped up” through October and November.

The hospital has been running at its limit of six ICU beds at times and has not had to escalate that capacity only “by the skin of our teeth,” he said.
“We are now facing a situation that in the event of us needing a further ICU bed we will be scaling up as we don’t expect there will be beds available in other hospitals. The east coast is completely full and the other hospitals in the Saolta group are also running at full capacity.”
While the hospital has sent “two or three” ICU patients to other hospitals for clinical reasons and due to capacity, “I do not in the next couple of weeks expect that any hospital will be able to help us with capacity,” he said.
The hospital can increase its ICU and critical care capacity to ten with the use of staff from other areas and the utilisation of theatre recovery rooms, he said.
Mr Murphy said he does not believe the pressures caused by Covid-19 in the latest surge of cases has peaked.
“If we look at the projections for Covid numbers and the activity coming through the hospital, I couldn’t say it has peaked and I don’t think we are out of the woods yet.”