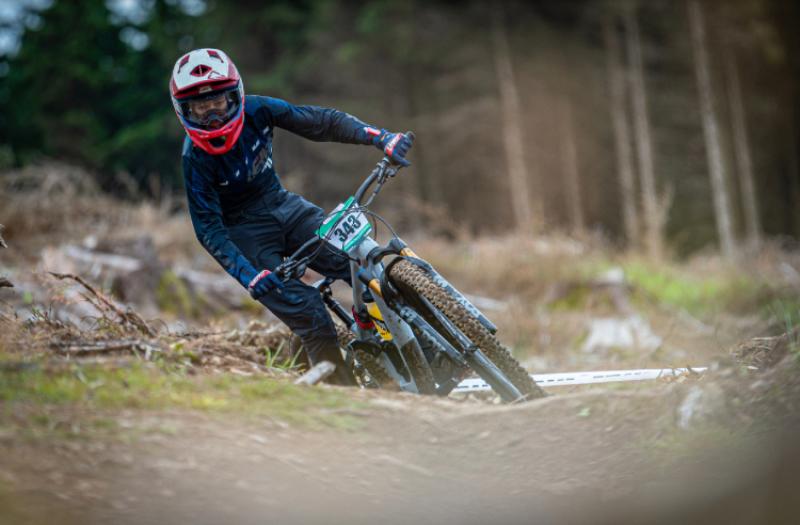 Callum Morris has been retained by the Vitus FirstTracks mountain bike race team for a third season.

Morris (15) had a fantastic 2021 winning the Irish national titles in both Enduro and Downhill disciplines.

Morris had seven other podium finishes during the year at Irish events, more impressive were some of his overall results including four top 10 finishes out of over 200 riders.

The Clonmany teenager had three top 10 finishes in the Uk in the youth category, which was topped off win a win in the final Scottish downhill race in Glenshee.

“I’m Delighted to stay with the team for another year,” Morris said.

“Looking forward to riding Vitus bikes new 2022 range, I’ve improved so much since joining the team and hope to keep learning from the team and all the riders.”

With the support of the Vitus team and additional support from Frylite ,Strabane through they’re sport’s bursary program, Morris has plans for more trips across the Irish Sea.

He said: “My main plan for this year is to compete in a full British Downhill season which is 5 events in Wales and Scotland and  try to defend my Irish titles along with as many other Irish race’s we can”

Winter training is in full swing and the season starts in earnest with the first Enduro race on the 9th April then a trip the Wales the following weekend for round 1 of the British downhill season.