The Donegal Centre for Independent Living held a question-and-answer session for general election candidates in Letterkenny yesterday, to ask them where they stand on key issues of disability inclusion. DCIL also launched their "Disable Inequality" campaign, part of a national campaign to end discrimination for people who live with a disability. 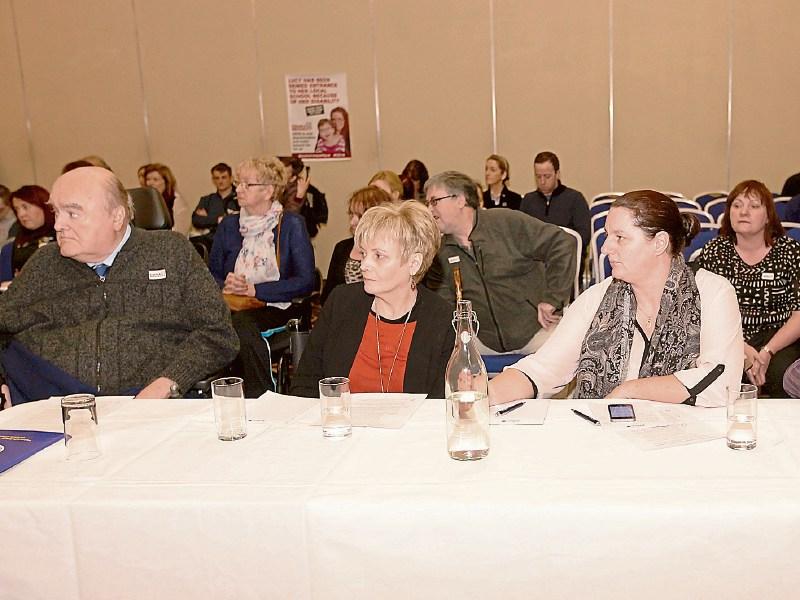 During a session at the Radisson Blu Hotel in Letterkenny, DCIL members raised issues of equality, the UN Convention on the Rights of People with Disabilities and cuts to services that would support independent living.

Paul Fagan, a member of the DCIL committee, said to the candidates, “We aren’t looking for ‘more than’. We’re looking for ‘the same as’.”

Roisin Kavanagh, DCIL chairperson, told the Democrat the campaign is working to promote the idea that disability is everyone’s issue.

“We’re calling on candidates and asking how they will prioritise and ensure that people with disabilities and their families, who make up well over a quarter of the population nationally, are protected by policy and legislation,” she said.

The campaign has already received strong support locally - the DCIL Facebook page has photos of prominent Donegal people with the Disable Inequality sign to show their support.

“It’s to disable inequality, and that’s very, very powerful,” she said. Toward that end, disability awareness for the broader public is very important, she said.

“The attitudes of some people need to change as well,” she said. “We still have those barriers.” For example, Mrs. Kavanagh said that sometimes when she is out with her husband, people will ask him what Mrs. Kavanagh would like, even with her right next to him.

The DCIL chairperson would like to see all people undergo disability awareness training as part of their induction to work. “Because I do think we should be inclusive in everything,” Mrs. Kavanagh said.

Mrs. Kavanagh said, “If the right supports are there, people with disabilities are able to live independently.” That may mean more hours of personal assistance, for example. Mrs. Kavanagh said those hours could mean the difference between a person being able to get out and about, being able to work and socialise, or having to stay at home.

“People with disabilities have fought for years for their right to access and we need to keep this moving,” Mrs. Kavanagh said. “It’s about people living a full and fulfilling life, the same as anybody else.

“We’re entitled to that,” she said.