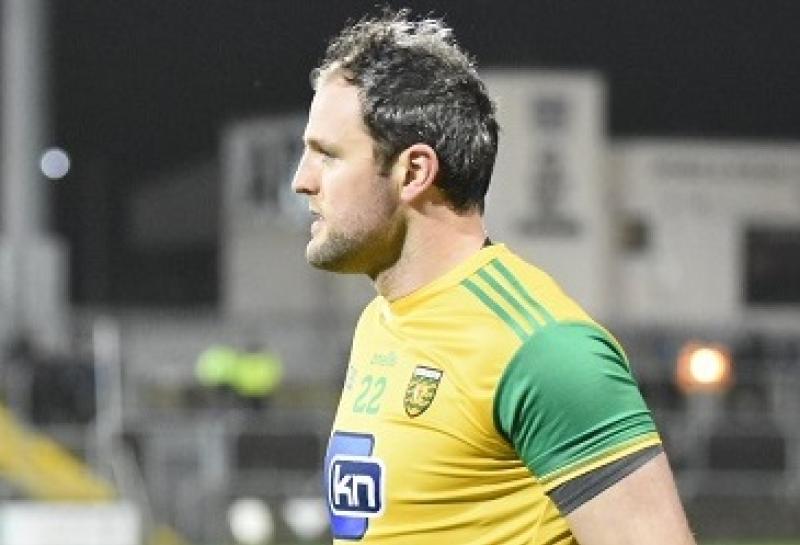 There have been many team selections by different scribes over the last three months of lockdown but one well-known GAA commentator has this week named Michael Murphy as the best GAA forward he has seen over the last 30 years.
Roscommon Herald columnist and radio commentator Willie Hegarty is a voice that is well-known throughout the mid-West and he has selected the best 10 GAA forwards he has seen over his time attending matches.
And the Donegal captain, Michael Murphy comes out at the top of pile in his column in the Roscommon Herald this week.
Murphy is selected at the top followed by Colm 'Gooch' Cooper and Peter Canavan.
Hegarty's full selection are as follows:

So after 16 columns, I’m concluding my top ten lockdown specials with the cream of the crop — the players, in my opinion, who put the cherry on top of the cake as the best ten intercounty forwards over the past 30 years.

10 Trevor Giles (Meath)
The only footballer to win Player of the Year twice, he also won two All-Ireland football medals and three All-Stars.
He was a gifted footballer noted for his ability to play intelligent football. He was also a dependable free-taker to put the cherry on top of a very impressive CV.
The Skryne man scored 6-141 points in 46 championship matches for Meath.

9 Mickey Linden (Down)
A surprise choice for many, perhaps, but the Mayobridge wizard was a joy to watch.
Consistently brilliant in Down’s All-Ireland winning teams of 1991 and 1994, he’s still playing football over 50.
Electrifying pace, great skill, superb ball winner and brilliant finisher as he tore defences to shreds. He was fortunate to have had such a brilliant conductor in Greg Blaney who made the snowballs from centre-forward.

8 Diarmuid Connolly (Dublin)
A controversial figure, but a gem of a footballer blessed with great hands and feet who has scored 29-171 for the Dubs.
He is also a beautiful passer of the ball. Who wouldn’t want the St. Vincent’s jewel in the trenches when the going gets tough?
The sign of any top class player is that they always produce when something special is required. In the All-Ireland finals against Mayo, it was Connolly who delivered in games that were decided my millimetres.

7 Ciaran Kilkenny (Dublin)
The quarter-back and the fulcrum of the Dublin attack.
Kilkenny has a huge workrate and is consistently the highest possession winner. An outstanding team player and the glue that binds this Dublin team because of his intelligence to read any situation and his ability to always do the right thing.
To have any chance of beating the Dubs, Ciarán Kilkenny is the player that has to be stopped. His influence on games is incredible as his hands are on at least 90 per cent of Dublin’s scores.

6 Maurice Fitzgerald (Kerry)
One of the most elegant players ever to wear the “Green and Gold”, Fitzgerald, along with Seamus Moynihan, would have easily fitted into the great Kerry four-in-a-row side of the late seventies.
A class act who didn’t have a weaker foot. A great free-taker too who is still playing club football with St. Mary’s of Cahersiveen well into his forties.
A wonderful player to watch, Fitzgerald had great balance and poise.

5 Bernard Brogan (Dublin)
When he was at his best in 2013, scoring 2-3 against Mayo in the All-Ireland final, there weren’t any better forwards in the game.
Brogan paraded a direct running style with a savage hunger for scores. He also had that bit of selfishness you need to be a successful inside forward.
The executioner of the Dublin team and very difficult to mark, Brogan could turn off either side and displayed high levels of accuracy with both feet.

4 Padraic Joyce (Galway)
The best footballer from Connacht that I’ve ever seen playing.
He had a good All-Ireland final in 1998, scoring a crucial goal against Kildare. But his performance in the 2001 final against Meath, when he scored 0-10 and got Man of the Match, was one of the greatest displays of all time.
On his day, Joyce couldn’t be marked. His deft touch was his greatest trait — he made it look so easy.

3 Peter Canavan (Tyrone)
The first time I saw Peter Canavan in action, he was just 19 in a league quarter-final against Roscommon in 1991.
Roscommon won by 1-9 to 0-11 but Canavan scored nine out of his side’s 11 points. A wonderful player who, despite not being the tallest, displayed all of the qualities you need from a great player — bravery, accuracy, pace, intelligence and outstanding raw footballing ability.
It was fitting that he captained Tyrone to their first All-Ireland victory in 2003. He played his best football in the nineties but he made his biggest impact in 2003 and 2005.
A magnificently skilful player with a great heart.

2 Colm Cooper (Kerry)
The Gooch was simply a brilliant footballer with a superb football brain. In the end, his right foot was nearly as good as his sublime left.
He wasn’t the strongest physically, but his vision and reading of the game, and calmness under pressure, resulted in numerous memorable passes and scores.
He was one of Kerry’s greatest forwards with an outstanding ability to create as well as score.
Supporters from other counties specifically travelled to Croke Park just to watch this particular genius in action.

1 Michael Murphy (Donegal)
The best player in the game, and has been for a number of years.
Donegal’s captain rarely has a bad game, is targeted repeatedly by opposition, with varying degrees of success, but still delivers time and time again. He has kept Donegal football at the top table for the past decade.
Great hands, feet, physique, and a brilliant free-taker, Murphy is an intelligent player and inspirational leader who trains like he plays — a role model for every player.