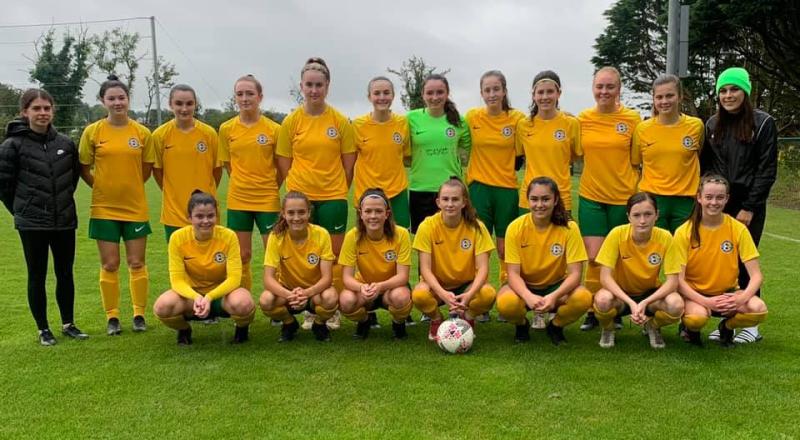 The Donegal girls travelled to Athlone Stadium on Saturday in search of three point to secure their continuance in the U17 National League, anything but a win would result in them having to conclude their season in the Shield Section.

With in-form Emma Doherty contributing four more goals to her impressive 22 already scored in the season this saw the team secure second place ahead of Galway on goal difference.

The industrious Jodie Loughrey and a wonder strike from Erin Doherty secured all points for Donegal. Athlone did pull one back midway through the second half, but otherwise the defence was solid throughout

They now will be placed in a group of four from Shamrock Rovers, Galway WFC, Wexford, Treaty, Cork, Peamout and Bray in search of the League title.