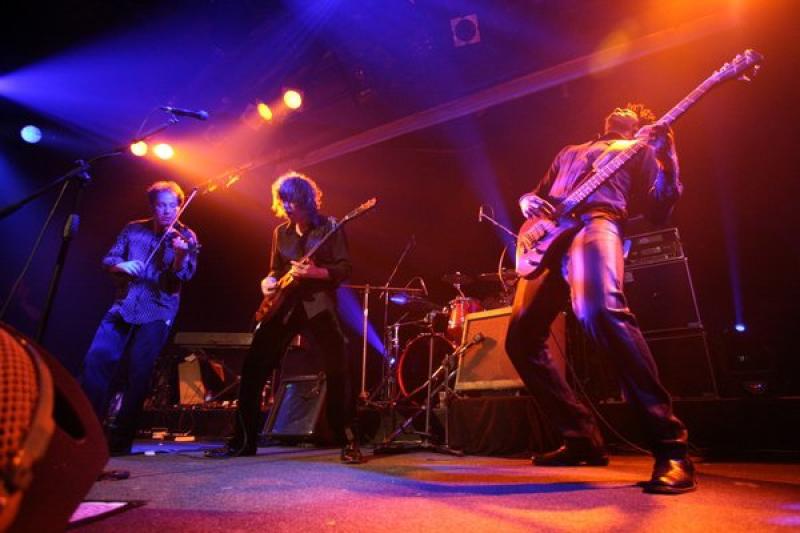 Music fans were left angry after The Waterboys cancelled their show at the Fomhair Festival in Gweedore on Sunday night.

With around 1,500 fans in the Big Top marquee, The Waterboys initially appeared. However, a few seconds later they left with some technical staff coming on site.

Half-an-hour later, promoter Shane Barr from Ace Promotions took to the stage to explain that The Waterboys were not going ahead with the gig.

Waterboys lead singer Mike Scott said on Twitter that the show had to be cancelled for ‘health and safety reasons and power supply problems’.

“It was not safe,” he tweeted.

“We apologise to all who came to the show and are disappointed. We will be talking to our booking agent to make sure we can come back to Gweedore and play a safe venue.”

Fans have responded angrily, however.

“I was inside and it was like a building - there were no issues,” one told Donegal Live.

“There was confirmation that the tent was secure and safe. Mike was a spoiled brat and the wind excuse only came 30 minutes later.”

One fan told Scott on Twitter:  That was shocking behaviour tonight, from so-called professionals! A bit of wind!!The venue was cleared safe by those in the know. Let them do their job and you do yours! No excuse.”

Another added: “How the Waterboys treated their audience tonight was appalling. No one from the band addressed the crowd to explain anything.

“Clann Mhic Ruaraidh played beforehand and there were no safety issues. A lot of disappointed people who’d travelled long distances to see them.”

The Fomhair Festival proved a huge hit over the past week with Picture This drawing massive crowds over the Bank Holiday weekend.