Thomas Pringle campaign launch to set out a manifesto for Donegal 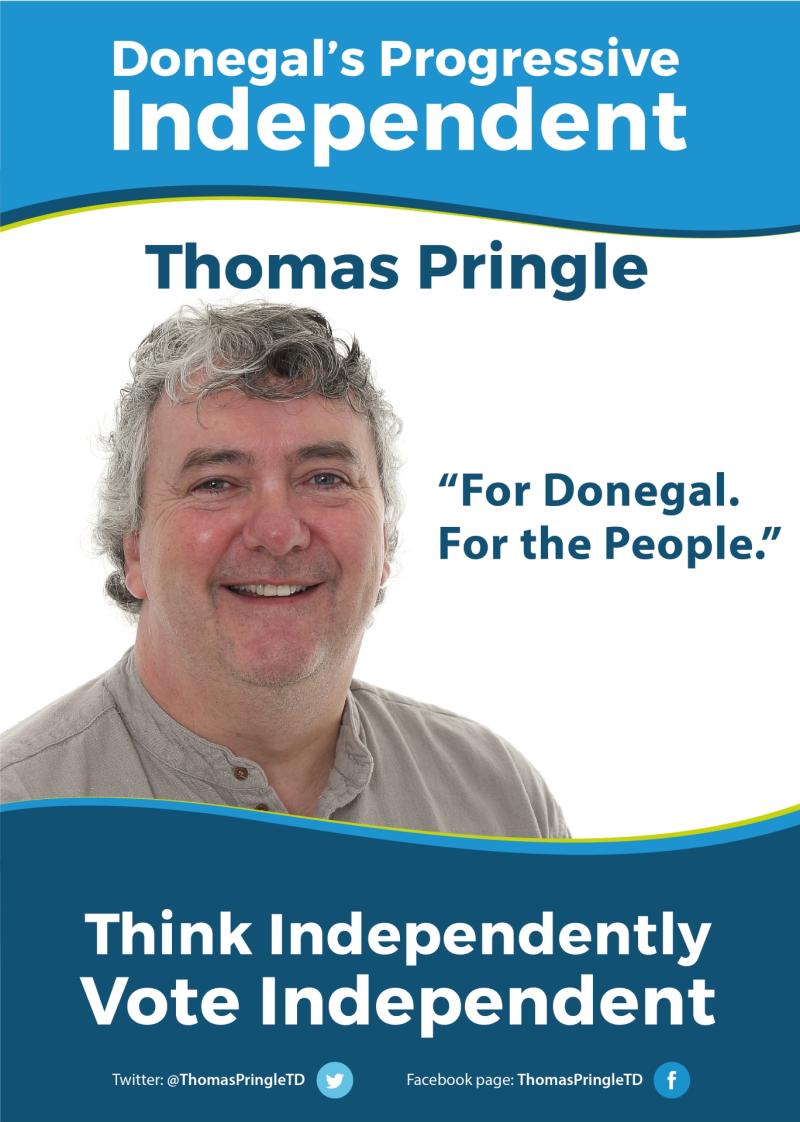 Independent candidate for Donegal Thomas Pringle is to launch his campaign on Friday night where he will also launch is manifesto titled 'For Donegal. For the People'.

MEP Luke ‘Ming’ Flanagan will be hosting the launch of the campaign and manifesto at 9pm at the Tara Hotel, Killybegs.

Speaking ahead of the launch The Killybegs-based candidate said: “My manifesto is responding to real issues from real people as they experience them. It’s an independent perspective I believe is missing from mainstream politics. I want to put that front and centre in policies for the people of Donegal.

“It addresses the unique challenges facing Donegal including years of neglect by Dublin-centric Governments and by the two-party system which continues to suffocate people in rural Ireland.

“Much of the manifestos put out by parties during this election campaign focuses on Ireland as a whole, not specifically on Donegal. The extent of economic disadvantage we experience in our county warrants a manifesto for Donegal itself, which sets out the priority issues and solutions to pursue in the next Dáil. Something that delivers for the people and for Donegal.

“To date I have seen very little of this coming from political parties and what they will do specifically for Donegal. They fail to acknowledge that Donegal will need Donegal-led solutions, different to the ones addressing national issues that dominate much of their campaign material.

“This is a failure by those parties and candidates to represent the needs of people and communities on the ground in Donegal and reveals their lack of focus on grassroots issues.

“I am proud to say this document is a project born out of my partnership with communities, community activists and organisations I’ve worked alongside with during my time as a public representative. To be as inclusive as possible to people with disabilities, I have ensured that the document was compiled and formatted in accordance with guidance on accessibility issued by the National Disability Authority and it will be available on my website after the launch,” he said.