Flooding issues a priority for Harley 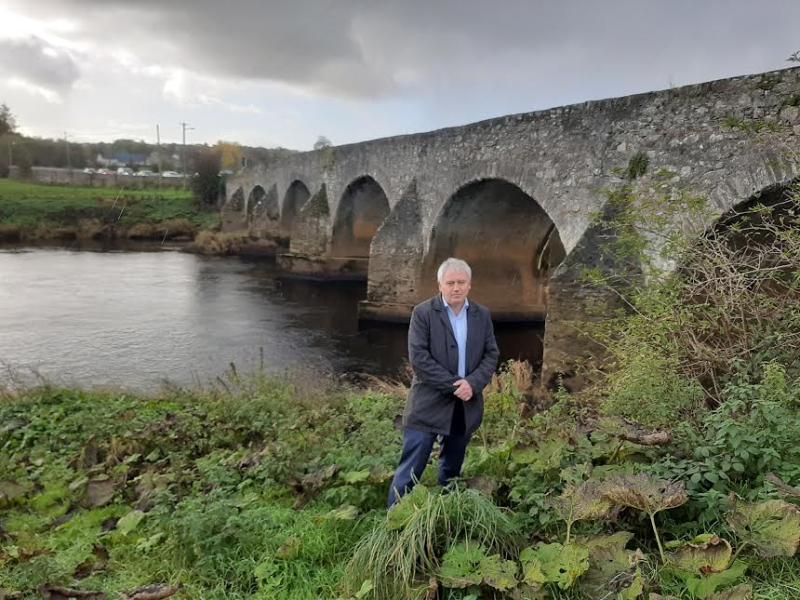 Flooding and the need to progress work to avert future incidents are an important priority and pressure has to be maintained to make sure the money allocated to Donegal was fully used, general election candidate, Cllr Martin Harley has said.

The Fine Gael representative has vowed if elected, the flooding crisis would be high on his list of priorities.

He was reacting to recent flooding in the Finn Valley area where many acres of land went under water for the first time ever.

"It was bad because we had two floods within a 24-hour period. The actual towns of Ballybofey and Stranorlar escaped which was good but it highlighted once again the need to get the flood mitigation project started as soon as possible.

Cllr Harley said the flooding problems along the Finn Valley and indeed those in Donegal town, Inishowen and all parts of the country were always on his priority list for work as soon as possible.

"They are all urgent cases and we all saw what happened the last time. In fairness to the minister who has special responsibility for the Office of Public Works and Flood Relief, Kevin (Boxer) Moran, TD., he has allocated the money. We now get the work done on the various sites.

"I'm aware that the flooding was particularly high in some places along the Finn Valley, in particular, is a cause for concern just goes to prove the plans need to progress quicker."

He added that if he was elected he would be making this a priority issue as far too many areas throughout the county were being affected by the increasing number of flood events now happening.

"I know places like Castlefinn and Donegal town were badly hit over the past few years. I would be afraid that a place like the CPI Centre in Castlefinn for instance might be damaged and once you see a place like this in the heart of the community affected, it's devastating and it would be difficult for it to recover.

"The same also goes for Lifford. We were given a fright during the last major flood there three years ago. We need action to stop this happening again. I appreciate Donegal County Council has engineers working on these areas and that they have given us timeframes on what to expect going forward but we must make sure they meet those deadlines also," he said.