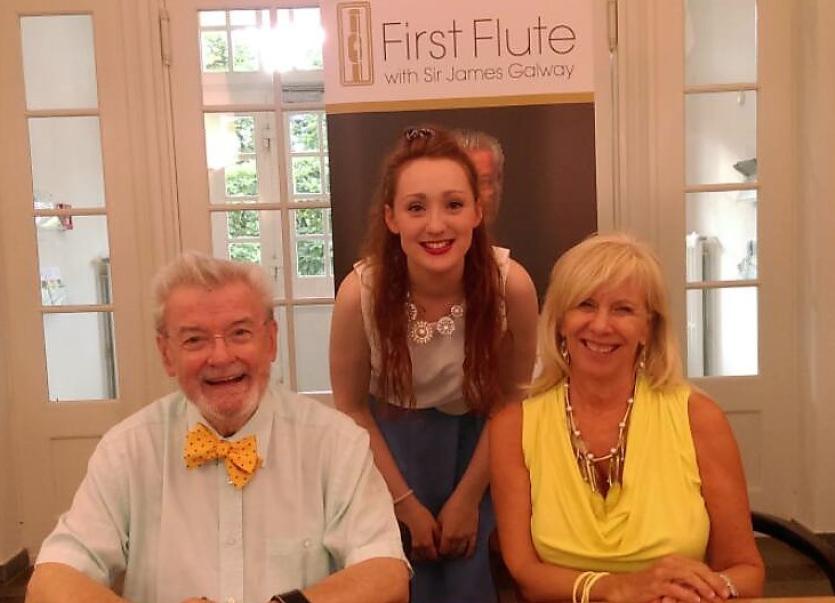 Donegal’s Amy Gillen with Sir James and Lady Jeanne Galway. Amy was due to perform with the Galways last night in Dublin

It has often been said that people do not learn a talent - they are born with it and that is very much the case with a young Donegal girl who last night (Wednesday) shared the 80th birthday celebrations for Sir James Galway in the National Concert Hall.
Amy Gillen hails from Bridgetown near Ballintra and received her education in Coláiste Colmchille in Ballyshannon.
She was playing principal flute for the RTÉ Concert Orchestra in the concert which was recorded live by RTÉ Lyric FM and is due to be broadcast on December 8.
Speaking at last week’s performance by Phil Coulter at Harvey’s Point where she was delighted to meet up with the legendary Derry man, she said: “From the time I worked in the Democrat for my TY work experience (in 2012), so much has happened. I realised that journalism, while very exciting was not for me - music was very much in my veins.
“I started to learn the recorder when I was six years old at the Donegal School of Music, with Jim Mc Dermott in the Abbey Vocational School in Donegal town and it was at the age of eight that Sister Concepta from Ballyshannon advised me to take up the flute and told my parents the specific model to buy.
“She has been a mentor and great friend to me over my entire musical career and I am very grateful to her. I also studied with the wonderful Sarah Murphy and went on to receive first-class honours in my undergraduate degree from the Royal Irish Academy of Music and Trinity College Dublin.”
Last year Amy was named Irish Freemasons Young Musician of the Year 2018 and was described as playing with “incredible dexterity and musicality” by the Sunday Business Post.
“This was a very proud moment for me to be awarded this title and what made it even more special was that I was the first person from Donegal to win the competition.”
After moving to London in September 2018 to pursue her Masters at the Royal College of Music, Amy has won numerous awards and bursaries and even played as the principal flautist for Prince Charles with the Royal College of Music Chamber Orchestra in Windsor Castle.
Her various achievements brought her in touch with Sir James Galway, the internationally renowned Irish flute soloist known as The Man with the Golden Flute, and his wife Jeanne. Little did she know that at the age of 19, she would have the opportunity to study with him.
“I am extremely grateful to Sir James and Lady Jeanne for their constant support, mentoring and friendship.
“I am extremely grateful to all the people who have supported me throughout my journey this far and I am looking forward to the journey ahead.”
There is no doubt that we will be hearing a lot more about this young woman from Donegal in the coming years. 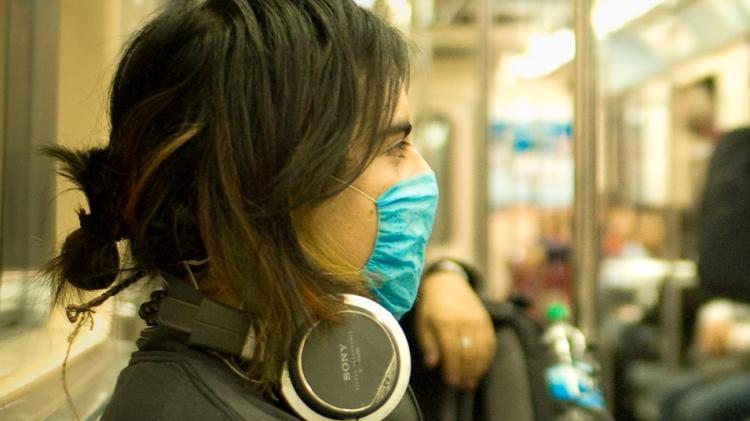 Masks to be mandatory on buses and trains

The HSE does not charge the public for Covid-19 related services, including testing