"Will the latest murder of a teenager be the catalyst for getting to grips with a cancer which has transformed a County Louth town in less than a decade? " 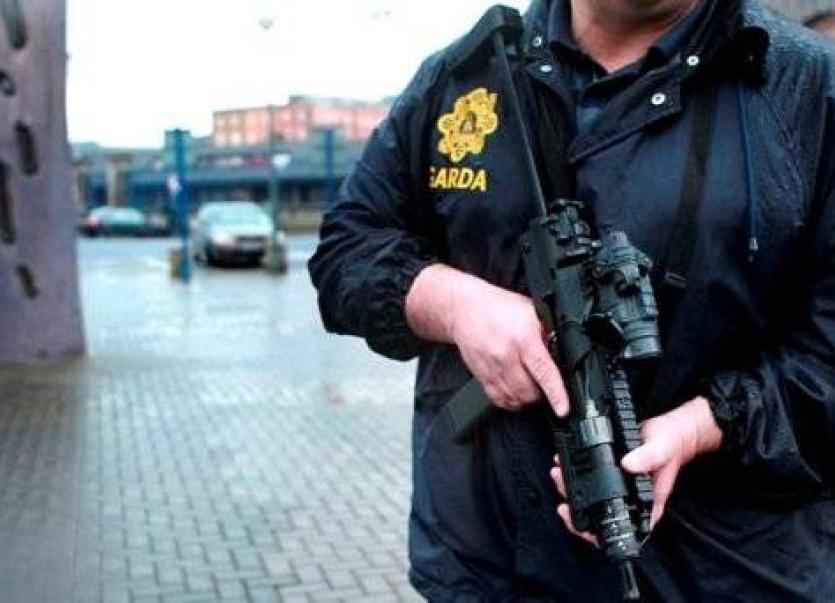 I’m paraphrasing Nicola Tallant, Investigations Editor with The Sunday World, but listening to her on radio last week talking about the savage killing of Keane Mulready-Woods, gave me much food for thought.
She said it was almost a greater crime nowadays to be a meat-eater than be a cocaine user.
The insatiable demand in ‘respectable’ middle Ireland for ‘the devil’s dandruff’, as it is known, is a huge contributory factor to the rise of gang warfare over the past few decades. Keane Mulready-Woods was referred to as a ‘child’ in many media outlets of late, a term which ensured that his butchering seems all the more horrific.
He was four weeks off age 18, after which being an adult would not have mitigated the bestiality of how his life ended.
Recruited by a Drogheda gang at age 14, his life was summed up by one inside source I read of recently: “The godfathers who run Ireland’s organised crime gangs have been using vulnerable kids for years.
“They target children from deprived backgrounds with little education and from dysfunctional backgrounds. They entice them into the world of drugs and murder with the offer of quick and easy money, designer clothes, trainers and other material goods. They offer the Gucci lifestyle. They live their lives on social media and believe they have a special status in the community because of the clothes they wear.
“The adult criminals prey on kids and this is exactly what they did with Keane. He was offered money to join the gang and then as he got older he was offered more money simply doing more and much more dangerous jobs for his paymasters.
“A lot of families were terrified of him and his teenage associates. The hope is that the horrific death may deter other young children from following in his footsteps because the reality they now face is that they could die in the same fashion as Keane.
“These people are parasites and only care about money and themselves.”
Much as we’re rightfully concerned about health and housing in this election, surely law and order must be prioritised. Anybody I have talked to of late has been outraged by the Mulready-Woods murder, and want Leo Varadkar and Micheál Martin to put it at the top of their agenda, and photo opportunities at Drogheda Garda station just doesn’t cut the mustard.
GSOC will be on the ball immediately a guard is involved in even the slightest infraction, while murdering psychopaths can strut around in their designer gear, giving us all the proverbial finger.
It took the murder of Veronica Guerin to get a Government to finally kick ass in the 1990s...will the latest murder of a teenager be the catalyst for getting to grips with a cancer which has transformed a County Louth town in less than a decade?
We could be next, and the first to complain will be those wiping the ‘devils dandruff’ from below their middle-class noses!

DO YOU PRAY HERE OFTEN
I see where Dancing With The Stars priest Ray Kelly has said “Sundays are now out. You have to be in Dublin for 11am for rehearsals and costumes and make up...my Sundays now are very, very different.”
I thought there was a scarcity of priests in Ireland? I know Father Ray has the permission of his bishop to trip the light fantastic, but there’s a side of me that says he’d be better off tripping the life monastic!

IT’S ONLY WORDS…
...and words are all, I have to take your heart away. Mmmm?
Looking at Gerry Adams’ radical hairstyle which has been described as a ‘new Bee-Gees style hairdo’, I was torn between two big Bee Gees hits, "I Started a Joke" from 1968 or "Tragedy" from 1978.
It seems the bould Gerry had a bet with Martin Ferris that he would let it grow until an election was called. He’s probably hoping to serenade Mary Lou with the 1987 hit, "You Win Again", somewhere around February 9!
But maybe ‘Words’ from 1967 might be more relevant to Gerry wanting to be a star again:
“Talk in everlasting words
And dedicate them all to me
And I will give you all my life
I'm here if you should call to me”

SHOULD LEO BE KEPT AT HOME?
It’s a given in the wake of certain opinion polls that we hear the mantra: “The only poll is the ballot box”. Even Micheál Martin is being careful after the Sunday Times poll showing FF 12 points ahead of Fine Gael.
One Fine Gael TD reacted thus: "It's a fact, if you are on 20% and you're in a three-seater you're not going to get two seats. If that poll is true, you won't record two seats anywhere. It would be worse than 2002.”
Another TD said: “On that figure, we don’t hold two seats in any constituency.” While a third Fine Gael TD said: “The boys live in the bubble in Leinster House, when you come out you meet the reality, you know. The poll is a setback, but I am confident we’ll fight back. I think Leo should meet more people.”
Another school of thought is that Leo shouldn’t be let out of the house during an election, particularly after a number of squirm-inducing faux pas, one in the wake of a homeless man being crushed in his tent on the Grand Canal.
As Miriam Lord put it: “Leo is all over the gaffe as he launches campaign.”
On a lighter note, when he was in Combilift in Monaghan at the aforementioned launch, it was noted that only Heather Humphreys could actually drive a forklift.
“Oh, Heather is a hoor for the hydraulics,” chuckled a local, according to Miriam’s hilarious piece.
They way things are shaping up, Heather may have to be a real hoor for the hydraulics in the coming weeks, as it looks like her party will need a serious ‘lift’!