“Anything they can do in the Suez Canal, we have already done before in Donegal!”

The electrification of rural Ireland was a massive undertaking , with Donegal piers playing an important role

A visitor to the offices of the Donegal Democrat in Donegal Town this week recounted a tale which he said reminded us that many of the great things being achieved around the world have already been done in Donegal.

David Davin is a well-known figure in Donegal Town and as well as being an active member of the community, is a fount of knowledge when it comes to local history and lore.

In chatting about the huge container ship Ever Given being refloated, he declared: “Anything they can do in the Suez Canal, we have already done before in Donegal!”

Mr Davin was referring to an incident which happened during the electrification of rural Ireland almost 70 years ago.

He pointed me in the direction of a collection of tales about Ireland’s electrification called ‘Then There Was Light’ for the original version of the story, which I duly tracked down.

It is hard to imagine an undertaking of the scale required to bring electricity to every home in Ireland. I can remember as a child in the 1980s there still being homes even then that had no electricity supply. In some if not all of these cases, it was by choice - not everyone trusted this ‘new’ source of light and power.

Des Doherty who was the author of the story referred to by Mr Davin tells us in the book that during the years of the rural electrification programme, well over one million poles had to be imported. They were mainly Sitka spruce which were brought from Finland and Sweden, as well as two ships from Canada.
The vast majority of poles came into Dublin, Cork and Limerick from where they were conveyed by road or rail around the country.

But getting the poles to Donegal proved tricky. The rail network with it’s border crossings and mix of narrow and wide gauge meant two or three unloadings which would have been dangerous and costly.

Mr Doherty tells us that the ESB made the brave decision to send virtually all Donegal supplies of pole cargoes to local piers.

The poles were ferried by Dutch coasters manned by captains who were vastly experienced in such endeavours in the Baltic Sea.

One of the biggest challenges faced by the Dutch seamen was that most of the ports they were delivering to were small fishing ports not designed to cater for the huge coasters, nor for the 20 truck loads of electricity poles that were being unloaded.

However, the skippers and crews were determined sailors and ways were found to get docked and get the poles unloaded.

One such coaster was the MV Whitsun skippered by Captain Jansen who normally travelled with his family on board.

In 1957 while making a delivery to Bunagee harbour, Captain Jansen ignored advice to divert to Moville due to a heavy swell being forecast.

Mr Doherty recounts that without taking on a pilot, the captained managed to beach the coaster on the quay port. However, the boat got stuck with the stern on a stag of rock and the bow on the sand.

Captain Jansen had no choice but to sit tight while the MV Whitsun was repaired. He then faced a further wait - not unlike the unfortunate Ever Given in the Suez Canal - for a particularly high tide that would allow the boat to be refloated.

During this time, the family stayed in Culdaff and the children went to school, the captain taking advantage of the opportunity for them to improve their English.

The family were by all accounts welcomed in the local community, the contrast in cultures being a source of great interest to all concerned.

The Donegal coasters and their fearless skippers played a huge part in bringing electricity to Donegal. In the nine Rural Areas of Inishowen alone, around 8,800 poles were brought by sea in all kinds of weather.

In telling me about this tale, Mr Davin points out something else.

“The government in question realised that Donegal was cut off from everything,” he said. “And as we know, that hasn’t changed!”

The book Then There Was Light - Stories Powered By The Rural Electrification Scheme in Ireland’ is edited by PJ Cunningham and Dr Joe Kearney and was published in 2016 by Ballpoint Press.

The synopsis tells us: “The stories, from eye-witnesses, ESB employees and the general public offer a rare glimpse into the Ireland of that time. They also outline the challenges faced in implementing arguably the greatest social revolution ever experienced in the country.

“The accounts capture the tension that arose between old Ireland and the making of the new. Some people embraced the scheme enthusiastically while others declared that electrification could ‘blow up everyone in their own beds.’” 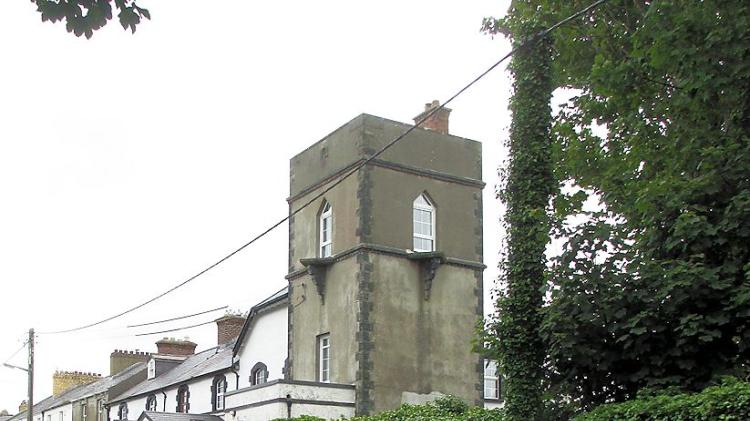