Column: Our President has ruffled a few feathers in telling it like it is

Ireland needs to get back to basics - President's brutal honesty 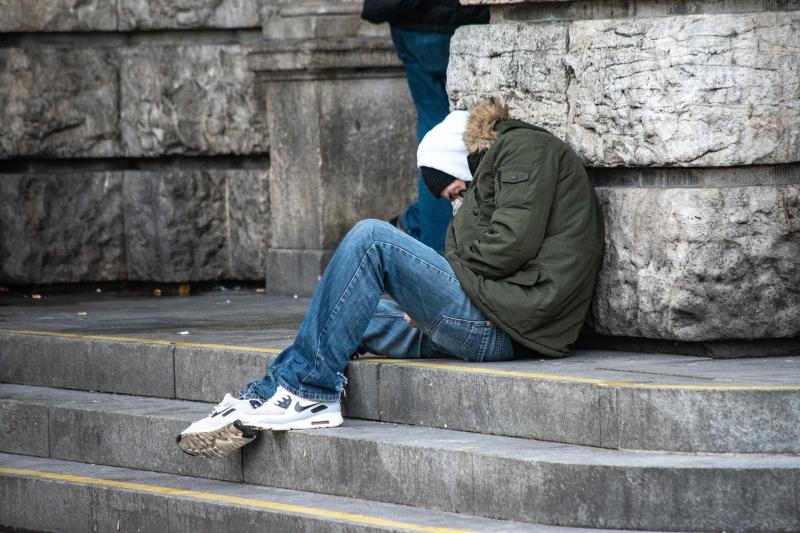 Time to focus on society's most basic needs

A comment made in the aftermath of the property crash in 2008 has stayed with me, and seems more relevant than ever in the midst of the various current crises.

I’m sorry that I don’t remember who said it, or what exact words were used, but the gist of it was that Ireland lost its way when we started thinking of it as an economy instead of a society.

The difference is fairly obvious - one is driven by money and the other by the needs of people.

Of course, every society needs to be financed, but not at the expense of the basic needs of those who live there.

It was interesting to hear what President Michael D Higgins had to say on the matter recently, and even more interesting to see the uncomfortable reaction of some of our government ministers to his brutally honest reflections.

The President’s message was very simple: “Ireland needs to meet the basic needs of people in a republic - food, shelter and education."

He was speaking at the opening of a residential facility in Kildare for young adults emerging from homelessness. That there is a need for such a facility in the first place is already a damning reflection on where we are as a society.

I know from sitting through municipal district and council meetings that officials and councillors here in Donegal are really concerned about the housing shortage and are trying to get on top of the problem. But there are very real fears that it is about to get an awful lot worse.

There is no quick fix. Building houses takes time. The processes that need to take place before the first brick is laid are even slower - sourcing and acquiring land, design, consultation, tendering, servicing sites, meeting ever-changing regulations, dealing with objections.

Construction also costs money, lots and lots of money, as anyone currently building their own home in the face of increasing costs will know all too well. With more and more people likely to need state support for housing in the coming years, a way forward has to be found.

And there lies the conflict between growing an economy and providing urgent support to members of a society.

If you are worried that you can’t keep a roof over your family’s head or put basic food on the table, then an announcement of major investment in a new retail park or leisure facility will feel like a serious kick in the teeth.

And if you have received notice to vacate your rented home and can’t find accommodation elsewhere, it is not much help to be told that new housing developments are going to be built some time in the future.

President Higgins hit out at the fact that housing our people was left in the hands of the marketplace.

It would be a brave government that would step up and say, let’s take back control of housing, that would venture into a model whereby basic, safe accommodation was available for everyone; that would have the courage to stop hiding behind the fact that housing is a complex problem, and instead, prioritise quick, practical and easily implemented solutions. Everything else can follow.

I have heard many times at Donegal Municipal District meetings a cry to develop the many derelict buildings in our towns and villages to meet housing needs.

It seems that the willingness is there, but as with so many other things, the process is not straightforward and therefore far too slow to be of any immediate, practical use.

When the Covid-19 pandemic landed on our shores a national emergency was declared and a lot of changes to how we live were implemented with immediate effect, changes we never imagined would be necessary or even workable. Legislation soon followed, as did financial support for those most affected.

It was unprecedented, but now we know it can be done. As a nation, we can, with leadership and willingness, respond to a major crisis such as the Covid-19 pandemic.

Surely - if there is enough will - the homelessness crisis can be tackled with the same resolution and urgency.

Obstacles that are currently stopping derelict buildings from being used can be temporarily suspended, compulsory purchase orders can be put in place, purpose built accommodation for people who are not prioritised on social housing lists, such as single people, separated parents, etc can be provided.

The same commitment can be applied to helping people meet food needs. We don’t have a shortage of food, the problem is that people can’t afford to pay the rising prices.

While food banks are becoming more common, there is still far too much being thrown away from shops and other businesses.

We have charities and volunteers trying hard to distribute food to those in need. But as the problem continues to grow, perhaps the time has come for a more focused, government-led approach to ensuring that every single person’s basic food needs are met.

If there is enough will, it is possible for us to get through this crisis and to come out the other side as a more caring, compassionate society.

"That is what we should be celebrating 100 years on from the time we got the opportunity to be an independent people."