Sergeant Lynch hangs up his stripes after 36 years 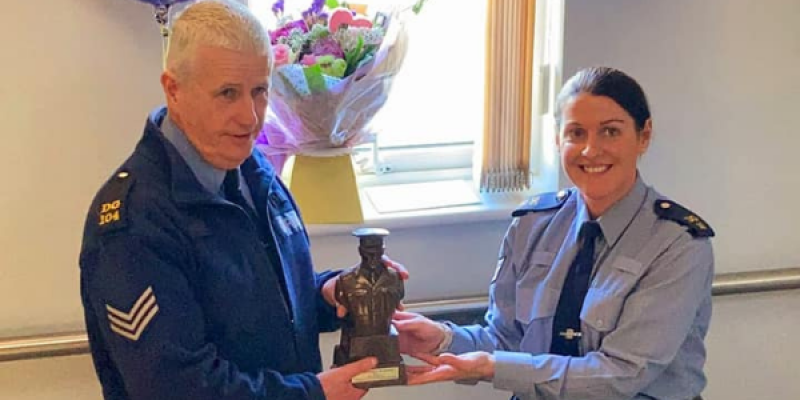 Popular Ballybofey Garda Sergeant Kevin Lynch checked out of the force this week.

Sergeant Lynch spent his 36 years as a member of An Garda Síochána stationed in County Donegal.

He has been living in Donegal since his first posting in the mid 1980s when he left the Garda College in Templemore.

He succeeded Sergeant Terry O’Reilly in the role at Ballybofey Garda Station in 2010.

Major jailbreak planned from the Old Courthouse in Lifford

Will you help them escape?

A native of County Longford, he was also stationed in Buncrana, Lifford, Letterkenny and Glenties.

Involved now with the Letterkenny Gaels GAA club, he played League of Ireland soccer with Longford Town and played Gaelic football in his home county too.

This week, Gardai in Ballybofey held a retirement reception for their colleague.

A spokesperson said: “We, within the Donegal Division would like to wish Sergeant Kevin Lynch a very happy retirement and we hope that he and his family have many years of good health and happiness ahead to look forward to.

“It has been a pleasure to have worked alongside you Kevin and you will be sorely missed by us all. Enjoy the well deserved rest and don't be a stranger.”