Impressive performance in Owenbeg from Letterkenny side 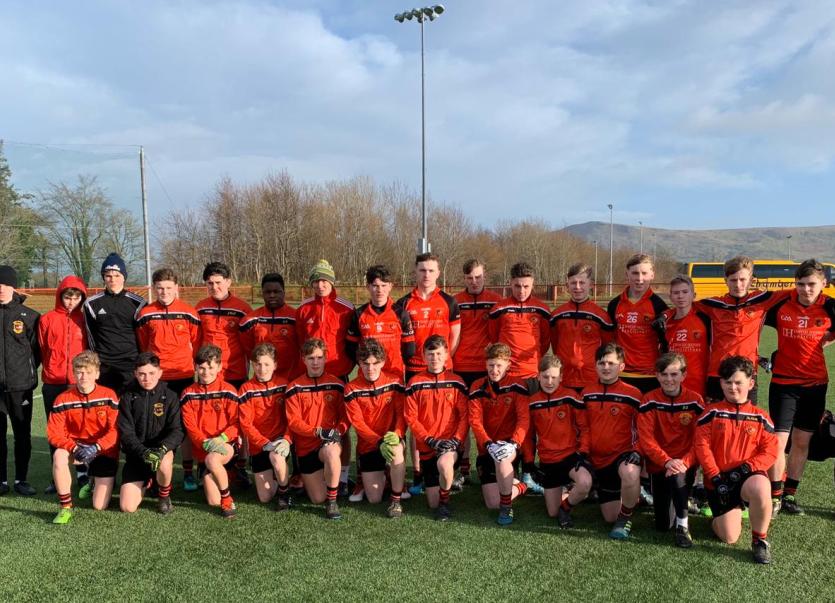 St. Eunan's College, Letterkenny made a winning start to the U15 1/2 Treanor Cup competition with a narrow one-point win over St. Louis, Ballymena in Owenbeg on Wednesday.

In blustery conditions, St. Eunan's got off to a blistering start with a goal after only three minutes from Gareth Gallagher.

It was tit for tat after that with Ballymena settling into the elements much better than their Letterkenny opponents.

St Eunan's played with a strong breeze in the first half but failed to maxamise that advantage. They only had a two point lead at the break, 1-3 to 0-4.

However, they pulled out a top performance in the second half with tackles, turnovers, work ethic and impressive use of the ball.

They led 1-5 to 0-5 going into the last ten minutes but disaster struck when the Ballymena side won a St Eunan's kick-out before being awarded a penalty.

The penalty was converted leaving the scores level.

St Eunan's played brilliantly in the closing stages, dominating the ball and the possession, resulting in team captain Donal Gallagher hitting the winning score from a tight angle into hurricane-like conditions on 61 minutes.

They held out during three minutes of injury time to ensure a winning start in their group.

Next up is a game against Castleblaney in two weeks.