McShea's Say: Insightful interview is recalled from the year of the breakthrough, 1992 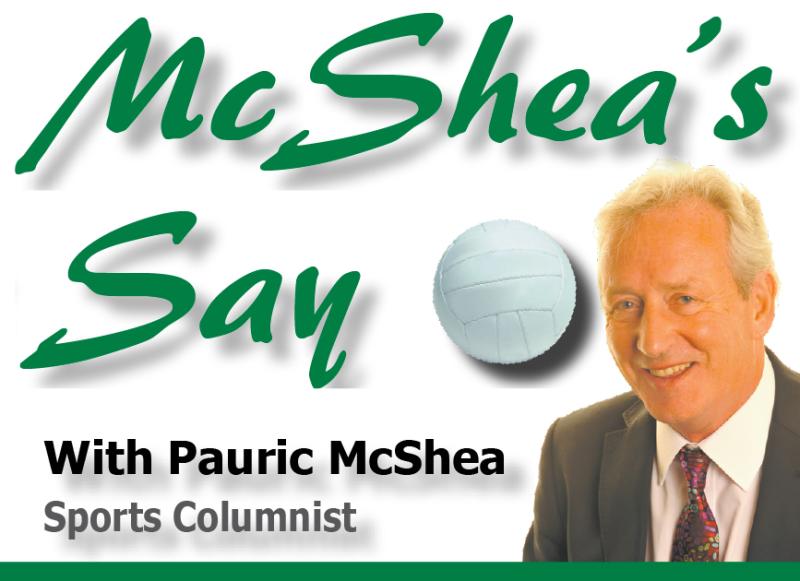 At a time when playing activity is correctly put on hold because of the dreaded Covid-19 virus, it provides an opportunity to look back on the glory year of 1992 and Donegal’s maiden and memorable first All-Ireland win.

Led by manager Brian McEniff every player adopted an attitude of single-minded dedication to the common goal of winning the championship, and we will never forget captain Anthony Molloy climbing the steps of the Hogan stand to declare that “Sam Is For The Hills”.

This is a look back from the other side of the fence because Dublin’s captain that day was Tommy Carr and the week after the final he spoke with journalist Raymond Smith.

This is what he said in his question and answer interview.
Raymond Smith: What was the primary reason for defeat?
Tommy Carr: Firstly, we succumbed to Donegal’s exceptionally positive approach, and their fierce will to win. Secondly, it came down to Dublin’s lack of ability to use the potential that appeared to be in the team during the year. Thirdly, I realise now that while we did not take Donegal for granted, and knew that they were in with a 50/50 chance, we were probably fooled by their semi-final performance against Mayo, and no one took the time to hammer home the message that there was still a job to be done.
Smith: Was the missing of the penalty a turning point, and was the choice of Charlie Redmond the right one?
Carr: At the time it did not seem a disaster. We were still very much in control of the game. Charlie was the recognised (penalty) specialist and in training he had been hitting them low to each corner of the net. There was nothing to indicate that he would fail to do what he had been doing in training.
Smith: What were the areas in which the matters began to go so radically wrong after the penalty miss?
Carr: So many things went wrong in so many areas that it cried out for wholesale surgery They seemed to be winning the breaking ball with consistency They seemed to have no inhibitions and were attacking everywhere.

Smith: Should the selectors have made a change at midfield long before David Foran was taken off?
Carr: Dave is a player of immense experience, and we knew that there was no way that the occasion would get to him. I have to accept however that when we began to lose the battle at midfield a lot of pressure went on our defence.
I do not blame midfield for our defeat, as there was not the back up to win the breaking ball.
Smith: Were you happy with Keith Barr being kept at centre-back when it was obvious from an early stage that he was in trouble against Martin Mc Hugh?
Carr: Keith has been such a tower of strength in the position all year that you always felt that he would get the upper hand on any opponent. It was difficult to contemplate switching him after 20 minutes. Again as with midfield it was not just failure in one position.
Smith: Is it correct that the defensive tactics used in training were not implemented?
Carr: Gaelic football is not like soccer where the build up is much more methodical and contrived. In Gaelic things happen sporadically and spontaneously. You can do all the planning you like, but it comes down to how you react on the field in given situations.

Smith: Would you accept that the Dublin panel lacked depth,with no experienced forwards to bring on? And would you have had Barney Rock and Kieran Duff available assuming they had not retired?
Carr: Up until last Sunday the lack of substitute forwards was not considered a burning issue. We had won all our games fairly comfortably. You pick a panel and you stand or fall with it. Kieran Duff had announced his retirement. I believe that if a player retires, he should be let do so. It shows that he doesn’t want to continue with the grind of training.

Smith: Did Dublin lack the spirit and the fire that they showed in the four games against Meath last year?
Carr: To put it bluntly ,the deep-down fears that people had about the present Dublin team came to fruition last Sunday. Perhaps there would have been a different attitude if the opposition was Kerry or Cork, as it invariably is against Meath in Leinster. Dublin have enjoyed so much success against Ulster teams in the championship down the years that perhaps we fell into the trap of complacency.
But that is not the final answer to our failure. You can never judge a team, as you can never judge individual players in League matches, and final judgements cannot be made until the championship. The great players are seen at their best under pressure.

Smith: Are you saying that there is not an All-Ireland title in this Dublin team?
Carr: What I am saying is that after this defeat hard questions have to be faced and unless we answer them the faults may not be rectified. Players must be picked for positions and not the other way round. I'm afraid that in some instances Dublin have been picking men in positions to ensure they are included in the team, when they are not suited to those positions. You pay the price for such a policy in an All-Ireland final.
Smith: Were you happy with the refereeing of Tommy Sugrue?
Carr: There was no decision that could be said to have altered the course of the game.
Smith: Would you change the management team?
Carr: That is a decision for the county board, the players are there to play.
Smith: Must Donegal now be seen as a better team than Dublin?
Carr: No. If we were to meet again next Sunday, they would still not be installed as odds-on favourites. Donegal got it right on the day. We blew it.

Fair
That was a very fair interview by Tommy Carr a week after the disappointment of defeat in an All Ireland final.
However, this was an exceptionally talented Donegal team with a very driven manager and no one could ever question their ability of their excellence on a day that will be etched in our memory forever.