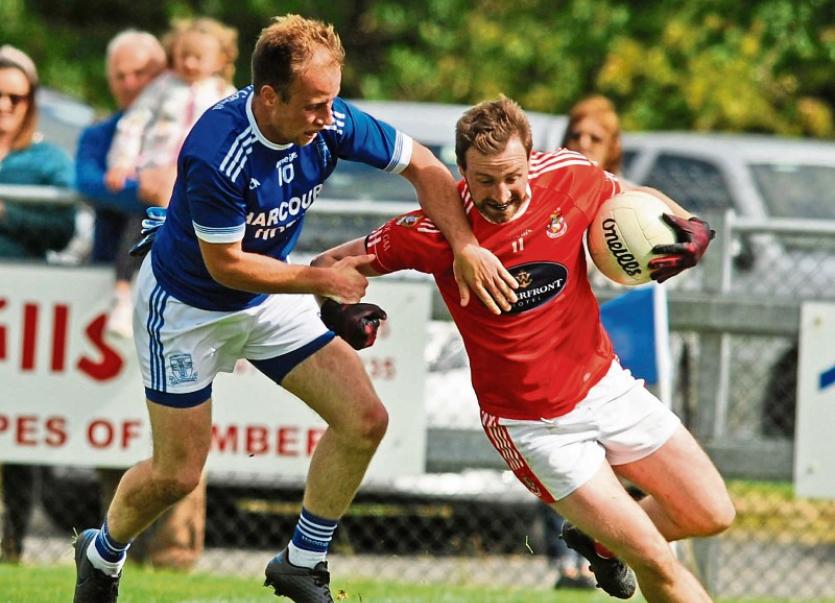 It has been busy but happy times for Naomh Conaill veteran star Eoin Waide who was making his first appearance for Donegal’s royal blues seniors on Sunday last in Davy Brennan Memorial Park, Glenties against Dungloe.

For he has the birth of a baby boy called Patrick who arrived three weeks go which curtailed his contribution to Glenties.

“I was out for a while and this is my first game back and it was dogged enough, and the wind made it difficult.

“We have a good strong panel and we were in finals for three years in-a-row and every year there are new players coming through.

“And we don’t seem to lose too many which all adds to the panel."

But the big one is against Milford in the Davy Brennan Memorial Park next weekend.

“Dungloe played well and put it up to us for long periods so we are glad to keep on winning as it’s a good habit.

“Yes I suppose this was about getting a game plan together and seeing how we are going before the championship which is every club’s goal.

“We have not played much, and Milford are a tough dogged team and have good ball players as well.

“They have been gaining experience in playing the top teams over the past few years.

“They know us pretty well and it will be a tough encounter.

“Every year you want to win the championship and it just so happens that we are the holders but we want to retain that title.”

Naomh Conaill ran Kilcoo very close in the Ulster final last season but it is only Donegal that is up for grabs this year.

But already you sense that Naomh Conaill are still a formidable force with arguably the best bench in the county.