BRIAN McENIFF COLUMN: We will have our county finalists on Sunday 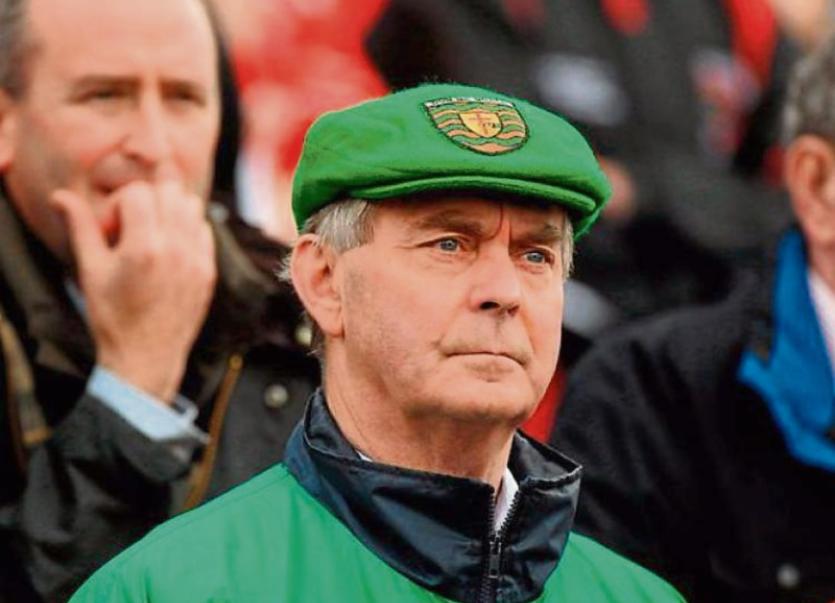 It was a busy weekend on the football scene and while it wasn't a good one for my club, Bundoran, the cream came to the top with the four home sides winning in the senior and intermediate quarter-finals.

I always felt that the closest match would be in Magheragallon but I didn't think MacCumhaill's would go within a whisker of springing a surprise. I was listening to the game on Highland Radio on my way down to our game and it was close.

By all accounts Oisin Gallen was very impressive and seemed to be harshly penalised for an overcarrying decision late on.

The other close game was in Towney where St Michael's did very well, especially as they were a dozen points down at one stage. Great credit to them for coming back but then they had Michael Langan back, even though he was not at full speed because he was carrying an injury.

I didn't think they would run them that close. But fair play to St Michael's and MacCumhaill's for making a game of it. I really like this MacCumhaill's team; they are young and they have a physical look to them and then they have young Gallen, the county player showing the best form at the moment.

They look the most likely team to bridge the gap to the top four at this stage.

The other games were non events really. Naomh Conaill had it very easy against Glenfin. I thought Glenfin would make a better shape of it. I saw them in Bundoran in a league game the week before.

Don't ask me to assess the Bundoran-St Eunan's game. As chairman I have to say I was very disappointed with the performance of our team. St Eunan's were awesome but then we made them look good at times.

I thought, mentally, we were well prepared but it didn't happen for us on the day. The first goal put the tin hat on it and we failed to score for a long time.

You could see the confidence draining from them. But you will never win a game when you only score six points and maybe have only four players showing up.

We were never going to beat St Eunan's but I thought we would make a better fist of it. We just didn't show up and then our indiscipline let us down at the end.

And it was of no use to St Eunan's either, winning a game in that way.

Looking forward to the semi-finals I hear that Ciaran Thompson might be an injury worry for Naomh Conaill. That could balance the tie in favour of the Letterkenny men. Naomh Conaill haven't had a real test in the championship so far, which could work against them.

St Eunan's were tested by Kilcar and were lucky enough to get a draw. Young Brian McIntyre came on in that game and was a factor in the turnaround and he was man of the match on Sunday and in the game against St Michael's. He is a good young lad, who lost his father earlier this year.

Naomh Conaill have a great all-round panel but I feel St Eunan's are physically stronger this year. These two clubs have the best back up.

While Kilcar will probably be without full-back Brian O'Donnell, I fancy them to defeat Gaoth Dobhair in the other semi-final. They have the forwards to get the scores. I see Odhrán Mac Niallais and Michael Carroll were missing last week for Gaoth Dobhair and if they are not available it would tilt the balance further.

It has been a good championship overall and fair play to all involved in running the competition. We have the top four teams in action and will have our finalists on Sunday evening.

I'm tipping Kilcar and in the other game it will depend on whether Ciaran Thompson is available. If he is then I think Naomh Conaill will win, but if he is absent, I would give the vote to St Eunan's

The top four teams in the Intermediate also made it through and I see that Aodh Ruadh and Naomh Columba are meeting in Killybegs on Sunday.

I tipped Aodh Ruadh at the start to win the intermediate and I still fancy them, but they are not playing as well as they might.

I haven't seen Naomh Columba play in a couple of years but I'm told they rely a lot on Aaron Doherty. He will have to be watched. Aodh Ruadh can sometimes play hot and cold

Buncrana haven't played any big team yet and have to be tested. But they do have 'Jigger' O'Connor and he will have to be minded. I remember playing against them when he was a minor and he had great potential.

I heard that the streaming of games went quite well. There were some teething problems, which you would expect, but they will be tidied up.

It is a great idea in the times that are in it. Looking out on O'Donnell Park on Sunday, it was resplendent. It was sad that people could not get in, even families of players. And then the night before you could see the games in Tyrone with a few hundred at them.

If clubs even got 200, 250 tickets, they could sort out their stalwarts. But thank God for streaming.