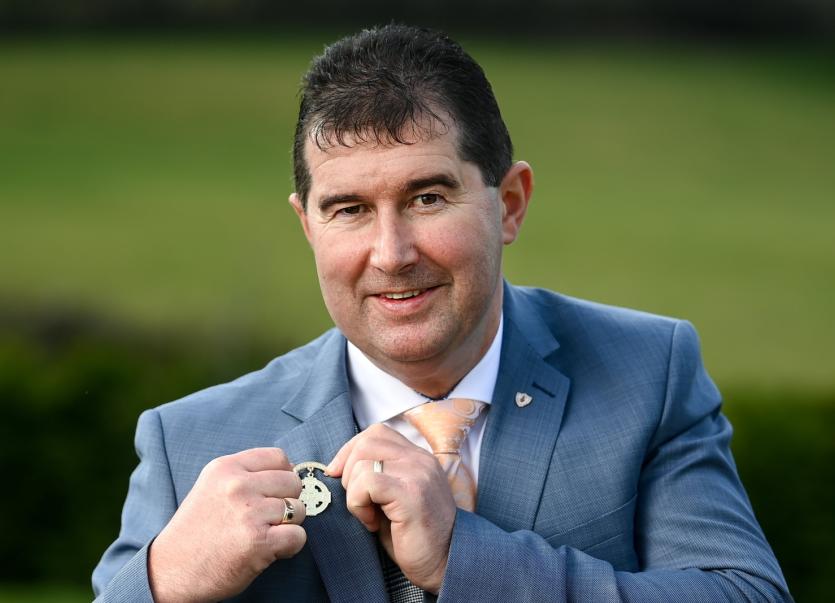 Donegal-based Mícheál Naughton, is the new President of the Ladies' Gaelic Football Association, and is pictured here today with his presidential medal.

Naughton was inaugurated as the new President of the Ladies Gaelic Football Association at the 2021 Annual Congress, which was held remotely due to Covid-19 restrictions.

He takes over the reins from Marie Hickey.

Hailing from West Sligo, but based in Donegal for over 22 years, Naughton is a former Donegal and Ulster Council Chairperson who also managed the Donegal Ladies Senior Football team.

Affiliated to the Four Masters club, Naughton guided Donegal to the 2010 TG4 All-Ireland Intermediate crown during her first stint in charge, before returning to preside over a 2016 Lidl National League Division 2 title win.

Naughton was the popular choice among the 115 delegates who voted last year, gaining over 60 per cent of the vote, as Galway hosted Annual Congress for the first time since 2004. 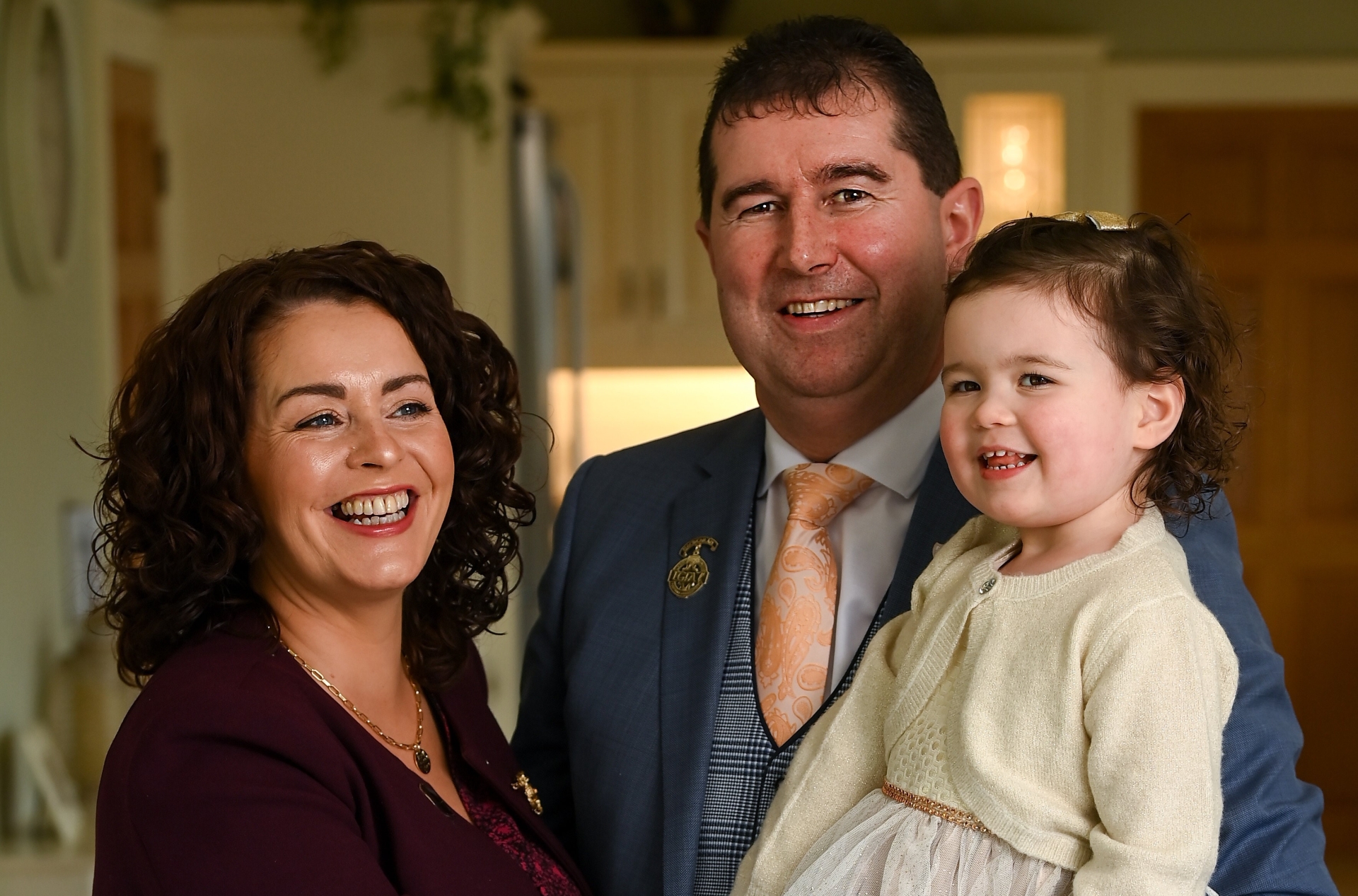 Above: Mícheál Naughton, Uachtarán, LGFA, with his Presidential medal by his wife, Annette, and daughter Erin.

A successful businessman, and working in the hotel industry, Naughton is the 13th different President of the LGFA since its inception in 1974.

He is also a Fianna Fáil councillor.