Four Donegal players named in gaa.ie Team of the Week 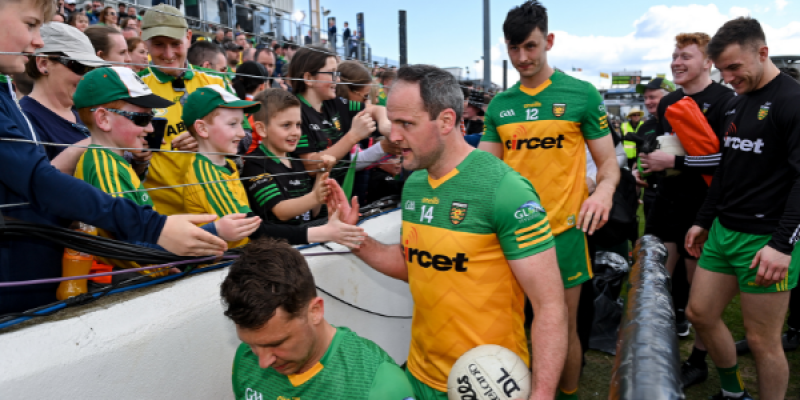 Michael Murphy and Michael Langan have been named on the Team of the Week. Photo: Sportsfile

Four Donegal players have been named in the gaa.ie Football Team of the Week.

Following an impressive 1-16 to 0-12 win over Armagh in an Ulster SFC quarter-final at Sean MacCumhaill Park, four of Declan Bonner’s players are included.

Players from eight counties make this week's #GAA Football Team of the Week. Agree or disagree with our selection, let us know! #GAABelong

Patton kept a clean sheet and made one superb save to deny Aidan Nugent early in the second half.

Langan weighed in with three points in a fine performance and Murphy yet again delivered a towering display on the big stage. The Glenswilly man scored six points.

Donegal will face Cavan in an Ulster SFC semi-final in two weeks’ time.