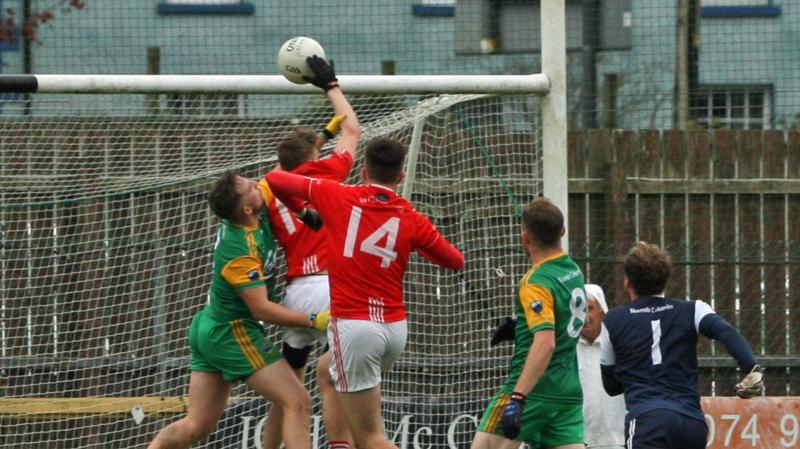 Naomh Columba picked up two valuable league points with a good win away to Dungloe in Rosses Park on Saturday evening.

Christopher Byrne scored the goal for the men from Pairc Na nGaeil as they came from a point down at half-time to run out five-point winners.

Dungloe led by a point 0-6 to 0-5 at half-time. But there was only one team up for the battle in the second half as the winners hit a goal and nine points to the locals six.

In all they had 10 different scorers as they inflicted a fourth straight defeat for Dungloe. They haven’t won a game since their opening day win over St Naul’s. It was a third win in five outings for Paddy J McGinley and his charges.  Daniel Ward, Barry Curran and Daire Gallagher did the bulk of the scores for Dessie Gallagher’s side.