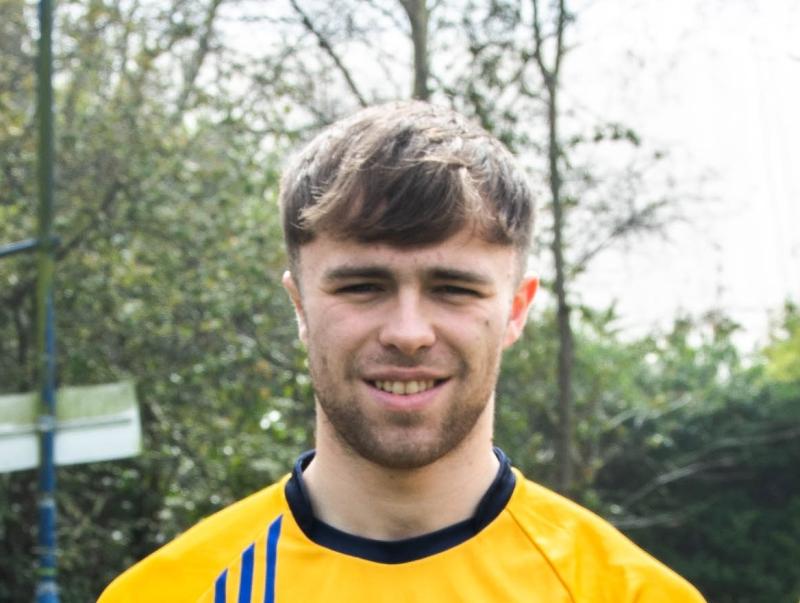 Lanty Molloy . . . among the goals for Naomh Columba

Naomh Columba took the points in an extraordinary encounter at Pairc na nGall on Sunday afternoon.

Naomh Columba took the points in an extraordinary encounter at Pairc na nGall on Sunday afternoon.
With only two minutes gone a Fionn Gallagher run finished as he kicked the ball under pressure and it hit off Ronan Gillespie (who knew very little about it) and it landed into back of the net.

Jack Gillespie got a point for Red Hugh's before another goal from Lanty Molloy. A Jack Gillespie free and two from play from Calvin Bradley followed before points from Pauric Cunningham, Ronan Gillespie and Liam Boyle was bookended by another goal before half -time from Paul O'Hare with the score at half-time: Naomh Columba 3-4, Red Hugh's 0-6.

Tim Callaghan had an early second half point for the visitors before goal number four arrived with Darragh Cunningham shooting past Luke Kelly.

Red Hugh's didn't go away as Jack Gillespie got three in a row (two frees) and a Tim Callaghan effort left just four points between the sides with eight minutes left.

Padraig Byrne traded points with Jack Gillespie before the killer fifth goal from Darragh Cunningham, followed swiftly by the sixth from Eric Carr and a point from Pauric Hegarty to complete the scoring.