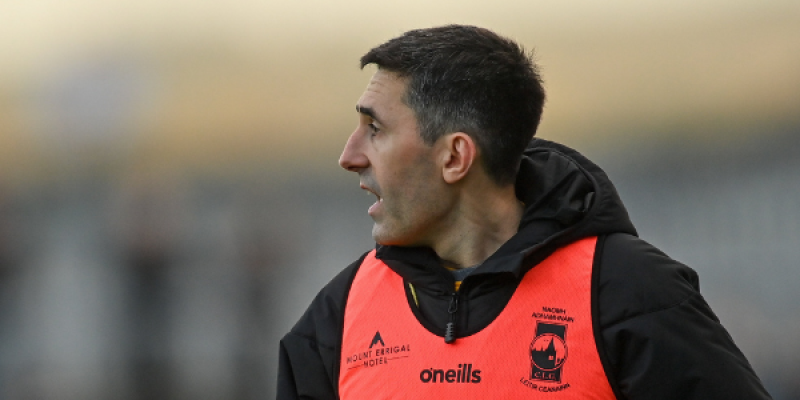 St Eunan’s scored 1-5 in a ten-minute spell in the second half to return to winning ways on Saturday evening.

Cloughaneely, helped by a Martin Maguire goal in the first half, led momentarily when John Fitzgerald fired over a 39th minute free.

Eunan’s clicked into gear, though.

There were some in Cloughaneely’s colours who felt that Ronan McGeehin - who came on as a half-time replacement - had pulled the ball from the hold of a home defender. McGeehin finished powerfully and the goal, after a very brief pause, stood.

The goal put St Eunan’s 1-8 to 1-6 in front and the next three scores came via the players with numbers 4, 3 and 2 on the backs of the black and amber shirts with Conor Parke, Peter Devine and Anthony Gallagher on the mark.

Rory Kavanagh’s men posted just two scores in last weekend’s drab 1-4 to 1-1 home defeat by Kilcar, but the Leterkenny side ended with 13 different scores on the board at Pairc Naomh Fionnan,

Kevin Kelly, Brian McIntyre and Darragh Mulgrew clipped three points late in the first half to give them a 0-8 to 1-4 half-time buffer. The returned Rory Carr hit two first-half points before being withdrawn at the break.

After initial good work by Ciaran Scanlon on the right flank, Martin Maguire thumped past Eoin O’Boyle for a 22nd minute Cloughaneely goal.

St Eunan’s fashioned a good goal chance themselves four minutes int the second half, but Shaun McClafferty saved well from Kelly, played in by Ciaran Moore, and McIntyre’s follow-up was wide.

Just before St Eunan’s hit their purple patch, Martin Maguire crashed a shot off the crossbar, but Cloughaneely inched closer again when Shaun Maguire managed to steer home despite the best efforts of Conor O’Donnell senior on the line.

A raking Sean Curran point had just he goal between them, but St Eunan’s closed well. Conor O’Donnell junior, who showed well after his introduction off the bench, and Eoin McGeehin tacked on points to seal the win.