Kilcar win again as they go second in the table 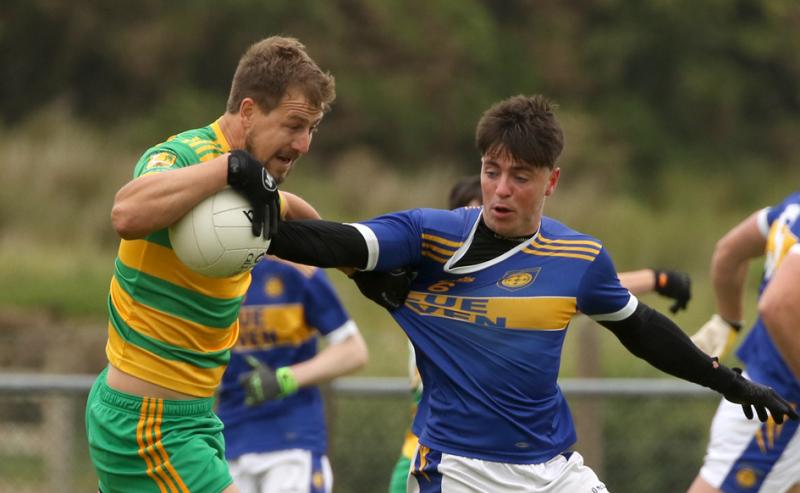 After a lack-lustre first half, Kilcar were too strong for Ardara in their league encounter in Pearse Park.

A goal from Darragh O'Donnell eight minutes into the second half put Kilcar on their way with Ciaran McGinley providing the pass.

Patrick McBrearty, back on club duty, was very much at home, finding the range on eight occasions over the course of the game.

Ardara had the strong wind in their backs in the opening half and with Conor Classon outstanding, they were 0-5 to 0-2 ahead at the break.

However, they would only manage one second half point and that coming in the 59th minute as Kilcar took complete control. The first half points for Ardara came from Kevin White and Conor Classin in the first five minutes while Paul Walsh accounted for the other three, one from play and two frees in the final six minutes of the half.

Patrick McBrearty from play and a free had the Kilcar points.

With the wind at their backs, Kilcar had an easy run home against an Ardara side that were minus CJ and John Ross Molloy and lost Paddy McGrath to a hamstring injury midway through the first half.