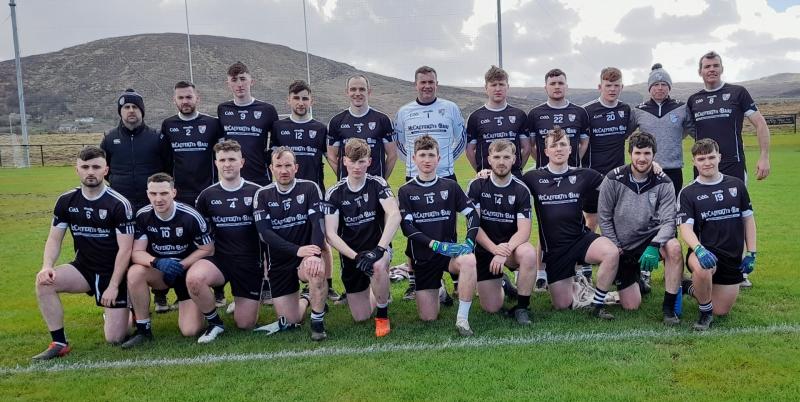 Na Rossa kept their promotion hopes alive with a big win over a weakened Naomh Padraig, on Sunday afternoon, in Lettermacaward.

John Paul McCready, Aidan McCahill and John McDyre scored the goals for the winners who dominated this tie from the start to the finish.

Naomh Padraig made the trip into the west with a young and inexperienced said due to holidays and other commitments.

The win means Cormac McHugh’s side are sitting in fourth in the league table just two points adrift of Rosses rivals Naomh Muire and two ahead of fifth placed Naomh Colmcille with three games still to play.

The top two promoted automatically and the third and fourth placed teams playoff for the third promotion place.

The defeat more less ended Naomh Padraig’s hopes of making the playoffs. The Inishowen have ten points from ten games and four behind Na Rossa, with only two games left to play.