Letterkenny Gaels got the much-needed win in Dungloe to stay afloat, while Moville were relegated without kicking a ball, which confirms a relegation play-off derby between Red Hughs and St Mary's Convoy 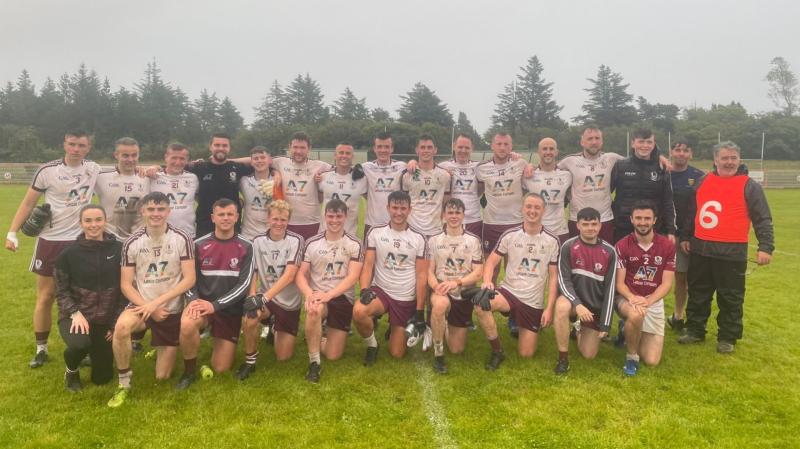 Letterkenny Gaels made sure they will play Division 2  football again next season following Saturday evening’s narrow away win over Dungloe in Rosses Park.

The side managed by Paul Melaugh and Dougie Corbett knew their destiny was in their own hands and came through 1-14 to 1-13 to avoid all the complications at the foot of the table.

Conor McBrearty scored the goal and also posted three points while Ronan Frain hit four points for the Gaels on their first ever visit to Dungloe.

Oisin Bonner, after being sidelined with a long term injury, scored the Dungloe goal as Dessie Gallagher’s side now look forward to their IFC opener against Burt on Friday week.

Gaels’ win means that the relegation play-off will be contested between St Mary’s Convoy and their neighbours Red Hughs, neither of whom got the chance to take to the field on Saturday.

Moville headed into the weekend knowing a home win over Convoy would give them a chance of avoiding the automatic relegation places alongside an already doomed St Naul’s.

However, with Gaeil Fhánada unable to fulfil their fixture against Red Hughs, it meant the Crossroads side were awarded a walkover victory and the two points, which confirmed Moville’s relegation. Then, the torrential rain meant Moville’s home fixture against St Mary’s was postponed due to a water-logged pitch not long before Saturday’s scheduled 7:30pm throw-in.

News of Letterkenny Gaels’ victory later that evening meant that regardless of what might’ve happened had the fixture at Carrick Field taken place, St Mary’s would’ve been unable to leapfrog their way out of the bottom four.

Elsewhere, table-toppers Malin warmed up for their Division 2 final against Downings with a 2-11 to 0-11 win over Milford, in the Inishowen side's first outing since the passing of treasurer John Byrne, with the minute’s silence taking place beforehand.

Malin were hard to stop in the first half and banged in two goals through Brendan McLaughlin and Christy McLaughlin in quick succession, goals that were crucial in the end.

Milford kept themselves ticking over with six points from Cathal McGettigan and have a chance of promotion themselves this coming weekend in the promotion play-off against Sean MacCumhaill’s.