There was an exciting and hotly contested finish to the first round tie in the Donegal Junior Championship at Foden, Carndonagh on Sunday with the home side prevailing by the minimum. 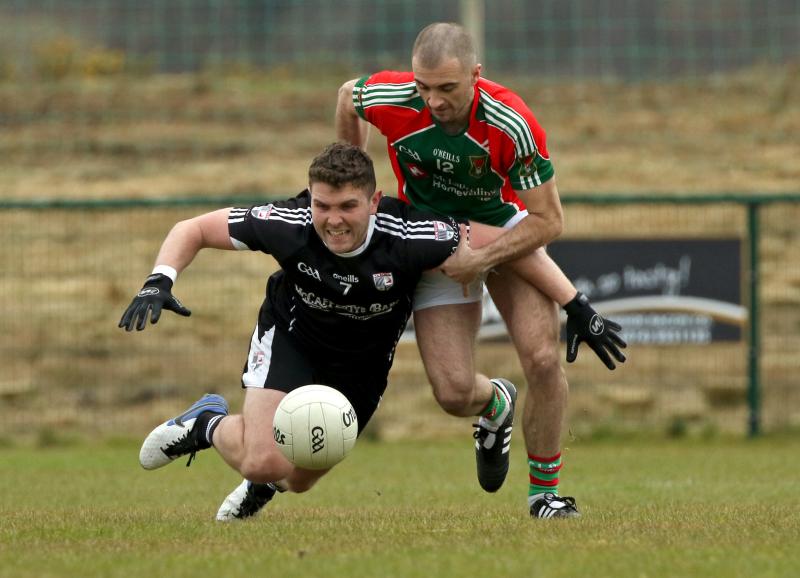 There was an exciting and hotly contested finish to the first round tie in the Donegal Junior Championship at Foden, Carndonagh on Sunday with the home side prevailing by the minimum.

After Na Rossa had drawn level thanks to an Aidan McHugh goal, Cian Burke went forward for Carndonagh to hit what proved to be the winner.

The game was one of two halves with a strong wind blowing and Na Rossa took advantage of that in the opening half to lead by 1-8 to 0-2 minutes before the break but two late points from Carndonagh left it 1-8 to 0-4 as the teams headed to the dressing room.

A goal from Christy McDaid on 40 minutes put Carndonagh in charge and they looked like easing to an easy win before McHugh's goal levelled matters and then came the dramatic final minutes.

Carndonagh travel to take on Letterkenny Gaels next weekend while Na Rossa host Pettigo at Madavagh.