Another good win for Ballyshannon men 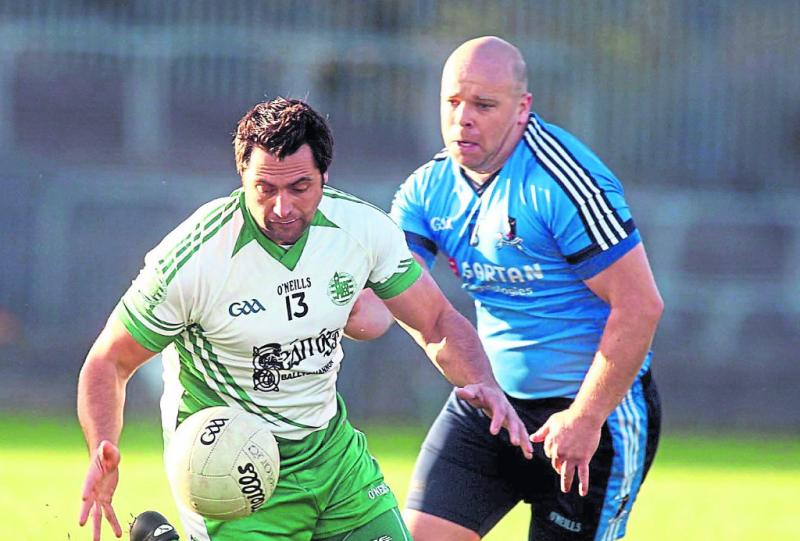 Aodh Ruadh maintained their place at the top of Division Two with victory over second placed Termon in Fr. Tierney Park.

Aodh Ruadh 4-14
Termon 1-13
The final scoreline flattered the home side a little with a late Oisin Rooney goal quenching any late hopes of Termon getting back in the game.
Termon had a goal on the board inside a minute and a half after Daire McDaid was upended by Callum O'Halloran on 55 seconds. Enda McCormick stepped up to put a penalty past Peter Boyle, the second he had faced inside 18 hours.
It took Aodh Ruadh a while to recover but Philip Patton availed of a free being moved on to open their account and Nathan Boyle returned the kick-out over the bar on seven minutes.
Enda McCormick had a Termon point but Aodh Ruadh were in front on eight minutes when from the kick-out, Michael 'Sticky' Ward found Darren Drummond free and he went forward to rifle to the roof of Michael Boyle's net.
A second goal followed on 13 minutes when from a quick free Shane McGrath was involved before Diarmuid McInerney finished.
Michael Ward added a point before James McSharry had Termon's second point on 15 minutes. Termon did have a goal chance from a poor kick out, but Martin Sweeney was penalised for two hops with the goal in sight.
The home side were in control on 18 minutes when they somehow managed a third goal that seemed to have gone from them. Shane McGrath was again heavily involved and when the ball was played back, Diarmuid McInerney first timed home.
Termon did stage a mini comeback with three points in-a-row from Daire McDaid (two frees) and the impressive Enda McCormick, but Aodh Ruadh finished the half also with three points from Philip Patton and two from Shane McGrath to leave the half-time score, Aodh Ruadh 3-6, Termon 1-5.
Shane McGrath had an Aodh Ruadh point inside 24 seconds and Philip Patton added a free, but Termon were much better with the wind. Peter Boyle had to save from Martin Sweeney and Enda McCormick, Sweeney and Daire McDaid cut the lead to six by the 43rd minute.
Darren Drummond hit a good score but Enda McCormick replied before Seamus Kane, just on the field, hit two in-a-row. McCormick and Kane traded scores before Termon lost Daniel Connaghan to a straight red.
However, they again hit three in-a-row from McDaid (2) and McCormick before Aodh Ruadh closed out the game with points from David Dolan and Seamus Kane and Rooney's goal on 59 minutes. Shane McGrath rattled the crossbar in added time in a game that Andrew Mullin kept a very close rein on.
AODH RUADH: Peter Boyle; Callum O'Halloran, Damien Cleary, Michael Ward; Jason Granaghan, Eamonn McGrath, Johnny Gethins; Darren Drummond (1-1), David Dolan (0-1); Philip Patton (0-3,2f), Michael Sticky Ward (0-1), Nathan Boyle (0-1); Shane McGrath (0-3), Diarmuid McInerney (2-0), Conor Patton. Subs., Daniel Warnock for Gethins 43; Seamus Kane (0-4) for M Sticky Ward 44; Oisin Rooney (1-0) for E McGrath 49; Cian McGloin for Granaghan 52; Sean Taylor for McInerney 59