THE BREAKING BALL: Loss of Mac Niallais and O'Reilly big blow to Donegal 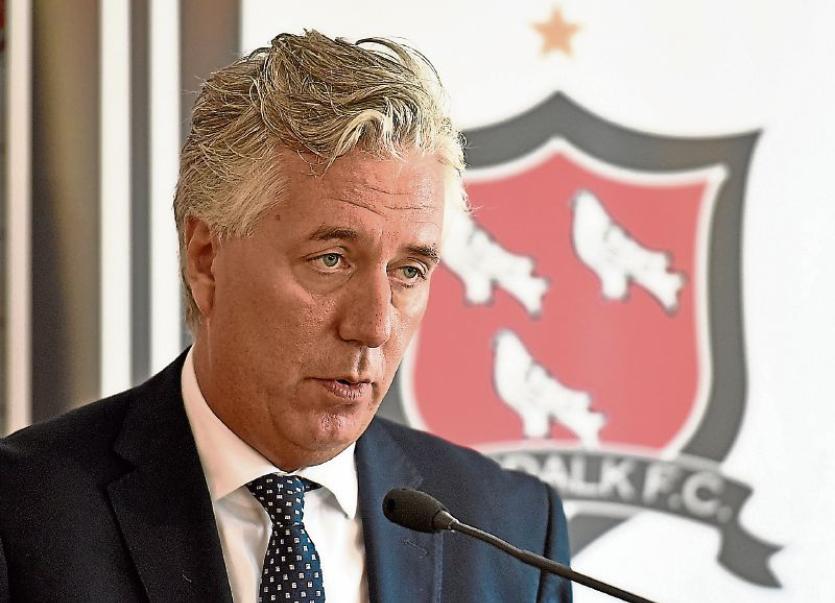 The confirmation that both Odhrán Mac Niallais and Martin O’Reilly have opted out of the Donegal panel for 2019 was no shock, but nevertheless it is a huge blow.

In the normal scheme of things Mac Niallais would surely be a starter in the Ulster Championship while O’Reilly would probably be used as back-up.

To say that Mac Niallais has many admirers would be an understatement. The Gaoth Dobhair man has so much talent and he proved that throughout the club championship in Donegal, Ulster and on the All-Ireland stage. He is just a natural footballer and a natural scorer.

He has been through the mill in recent months with the tragedy in north west Donegal and that is never easy to deal with. Thankfully, we will still get to see him perform at club level for Gaoth Dobhair and time can be a great healer.

In some ways there are many similarities between him and Martin O’Reilly. The MacCumhaills man has the same gentleman qualities, mannerly and perfect ambassadors for their sport. O’Reilly has not been given much game time in the latter stages of the national league and it is very difficult to sit on the bench when you don’t get out on the pitch.

The commitment nowadays is huge and when you add in travel, it makes it even more difficult.

Both have opted out without much fuss, just like the St Michaels pair of Mark Anthony McGinley and Martin McElhinney. It is a measure of all four that they have walked away in the manner that they did.

All four will be missed.

It was disappointing that Donegal U-16s could only manage 0-7 in the Buncrana Cup final defeat to Derry in Saturday. You can factor in poor playing conditions, but playing a defensive style of football has to be questioned.

It is becoming increasingly clear that playing defensively will only get you so far. You have to put up a good score to win finals. Should we not encourage our U-16s and U-17s to go out and express themselves? Are tactics that important at that age?

We should not be worried if our teams get beaten. Winning is important, but at underage level it should be about developing players to play at the highest level.

I know when you are playing other Ulster teams it can become a dogfight, but how we play the game should not be dictated by others.

I mentioned a few weeks ago that we need the Corofin template in Donegal. We have a long way to travel as most teams, underage and adult, have been using the defensive template, and changing it will not be easy.

The Donegal senior team have made advances in this regard in the last year. It is time for all other teams, underage and adult, to get in step and start watching those Corofin dvds.

Even the man from Clones FC who went on Joe Duffy a couple of weeks ago to defend John Delaney after naming their new facility after him, has now changed his mind and feels he must resign from the FAI.

It has been a horrific number of weeks for the soccer body and at last it looks as if they are finally opening their eyes to what has been going on internally.

It is surely an Irish thing. Accepting responsibility and saying sorry are not part of the Irish psyche at many levels - and sport is one of them. Remember what happened with Pat Hickey and the Olympic Council. It has happened at the top level of Irish politics, and now it is the FAI that has so many questions to answer.

They were given a chance to do so at the Oireachtas hearing last week but again found it hard to find answers with their former Chief Executive Officer, John Delaney, refusing to answer any question.

Already under so much pressure, I think the performance of the FAI personnel at the hearing took away any semblance of credibility that they were clinging to.

Then at the weekend, further revelations about credit card payments was further fuel on a fire that will be hard to put out.

The announcement that John Delaney was ‘standing aside’ until an inquiry was complete, while other members stepped down, just goes to show the arrogance of Delaney. He is still clinging on.

And what about the FAI auditors Deloitte - they say the FAI did not keep proper accounts. Why have they come out now with this information? Was it not their job to ensure that they did every year?

It is such a mess, and the people who are suffering are the ordinary clubs. Money that could be vital to their development is being withheld because of the actions of the board members.

Hopefully, all of them will accept that they have made a huge mess and allow new blood to take over.