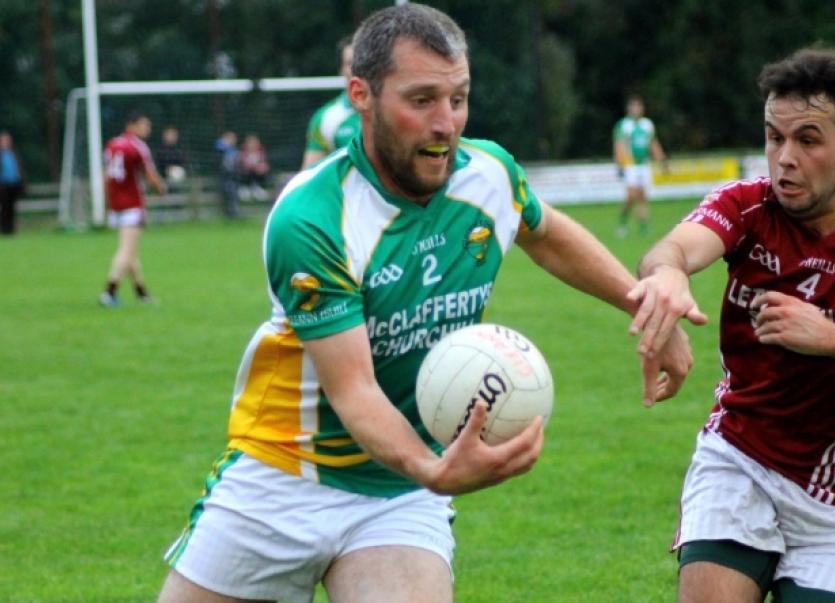 Glenswilly have their eyes on a bigger prize but Gary McDaid’s side had a comfortable win over Termon to clinch the All-County Football League Division Two title on Saturday.

Glenswilly have their eyes on a bigger prize but Gary McDaid’s side had a comfortable win over Termon to clinch the All-County Football League Division Two title on Saturday.

The Foxhall club have the final of the RTÉ Raidió na Gaeltachta SFC this coming Sunday against Killybegs but although they had one eye on Ballybofey, Glenswilly were comfortably better than their rivals on Saturday.

Termon’s hand was weakened with suspensions for Trevor Alcorn and Shaun O’Donnell from their loss at Naomh Muire’s hand a week beforehand.

Murphy slammed home the first goal on six minutes when he rounded off a move that saw Gary McFadden and John McFadden lay the foundation stones.

Then, on nine minutes, Murphy was at it again and the Donegal captain played a give-and-go with Brian Farrelly before busting past Anthony McGrenra, who tried to drag him by the shorts, to plant past Michael Boyle.

That made the score 2-5 to 0-2 with only Daire McDaid causing problems for the Glenswilly defence. Ollie Doherty chipped in with three first half frees but with Ruairi Crawford joining Neil Gallagher, Joe Gibbons and Gary McFadden on the scoresheet, Glenswilly were 2-10 to 0-6 in front at half-time.

Glenswilly barely broke sweat after the interval and Murphy was taken from the heat on 38 minutes with 2-3 to his name. Gary McFadden continued with his portfolio of points and James Pat McDaid, Oisin Crawford, Cathal Gallagher and Ryan Toner all added points.

Callaghan capped things off with a well taken goal nine minutes from time to send Glenswilly up to the top flight again next season.