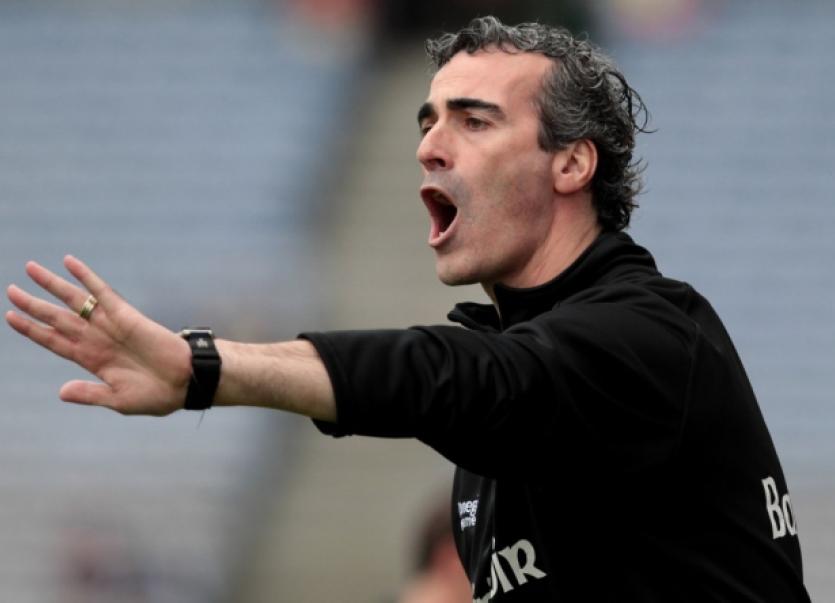 Jim McGuinness has Donegal back in harness and is already plotting, planning and preparing for a major tilt at next year’s competitions.

Jim McGuinness has Donegal back in harness and is already plotting, planning and preparing for a major tilt at next year’s competitions.

This was confirmed last night by manager Jim McGuinness, who was speaking locally for the first time since the recent upheaval and changes to his backroom team.

McGuinness did not wish to expand on the statement issued by the Donegal County Board following the sudden departures of mentors Rory Gallagher and Maxi Curran and team support Francie Friel.

The Donegal boss, who last week named a new backroom team of former team mates Damien Diver, John Duffy and Paul McGonigle, met his squad on Saturday last in Letterkenny, along with his new management team.

“We met the players and got the ball rolling again and the preparations for next year have begun this week,” he told the Democrat.

“We have upped the ante with the inclusion of the lads and we are now carrying a panel of 39 players. It is only a provisional panel and we will monitor the players over the next few months to see their commitment to their individual programmes.

“We will work with that squad until after the Dr. McKenna Cup and we will review it then before the start of the league and probably reduce it to in and around 30. The additions will freshen the squad up and increase competition for places which is good and healthy. Nothing beats competition for places in a squad and really it is up now to the boys I have brought in to push those that are already there.”

He also insisted that the panel was open ended and that both himself and his management team would be at this weekend’s championship semi-finals and at other games from now until the end of the season.

He said that he would have no hesitation in adding any player that showed up in those games to the panel.  He also confirmed, with the exception of Ryan Bradley and Ross Wherity, who have emigrated, the rest of last season’s squad are back on board again.

The manager also said he was looking forward to tonight’s (Thursday) championship draw and that it was very important to have the draw early so that players have something to focus on.

“It is good to know early who you are playing and it gives the players and management something to focus as they get down to preparing for the new season.”

McGuinness is meeting the players again on Saturday week and after that they will all go away and work on their own individual programmes before coming together again for their first collective sessions of the new season at the start of December.

Under GAA rules Donegal are not allowed train collectively until December.