Naomh Columba from behind to snatch a dramatic draw

The locals were five points down at half-time 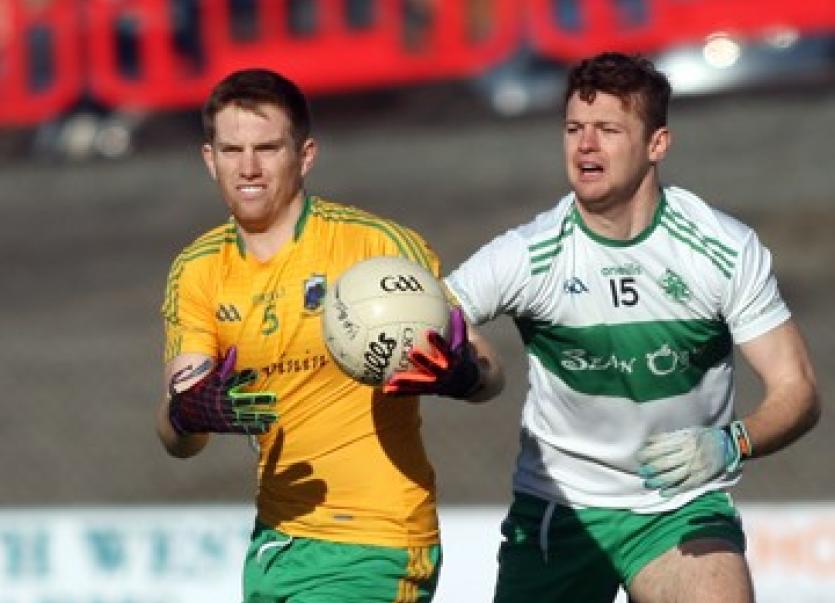 Gavin McGinley was Naomh Columba’s saviour as Naomh Columba fought back from five points down at half time to earn a share of the points at Pairc na nGael, this afternoon.

Aodh Ruadh dominated the opening half and led 0-7 to 0-2 at half-time courtesy of points from Nathan Boyle and Shane Ward. Ryan Gillespie and Pauric Ward scored the first half Naomh Columba points.

And  with Pauric Ward, Ryan Gillespie (2) and Padraig Byrne rising to the challenge the locals hit five unanswered points to reduce the Aodh Ruadh lead to the bare minimum.

However, the Ernesiders refused to buckle and with Diarmuid McInerney and Darren Drummond raising white flags they went back in front again by three, going into the closing minutes.

Ward got forward to knock over his third of the day with six minutes remaining on the clock. But Nathan Boyle looked to have secured the points for the visitors with the clock ticking. But in the closing minutes Paddy Byrne converted a 45 before Gavin McGinley made no mistake to tie up the contest.