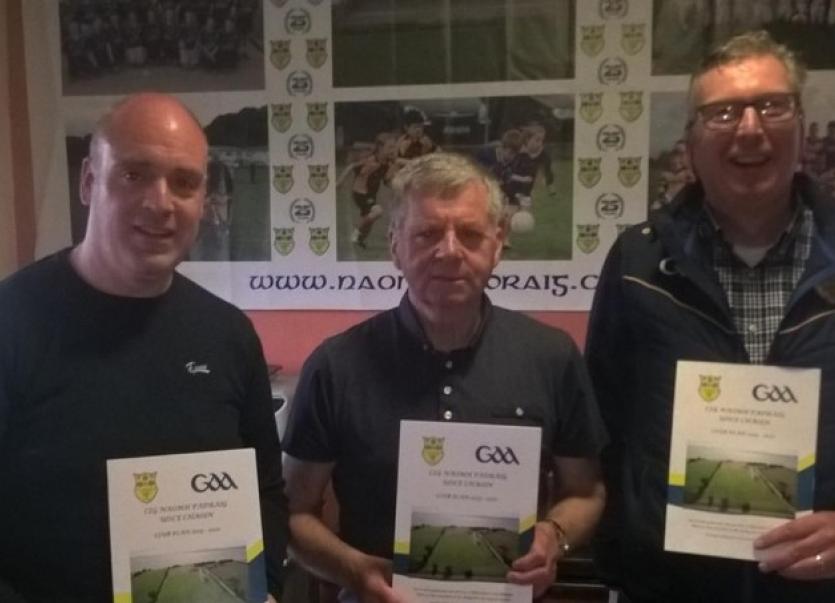 With over 95 different actions identified for implementation, the plan covers all aspects of club life from coaching and games development, club structures and administration, club finances and fundraising, facilities and development, and

Speaking at the launch Aodh Mairtín Ó Fearraigh, the Croke Park-appointed Pleanálaí Club for Ulster, congratulated Naomh Padraig on being the first club in Ulster to complete the new plan.

He said that the plan should now be a ‘living document’, regularly consulted and updated with all actions ticked off as they are achieved. He also urged the club to ‘take it apart and adapt it to meet new needs as they arise’.

Michael McMenamin, who coordinated the development of the plan, outlined the consultative process that took place within the club and the wider community in coming up with a blueprint for the next three years.

This involved public meetings,workshops and individual conversations with a range of stakeholders. Club chairman Peter Mullan thanked all those who contributed to the plan and asked that the effort that went into its development would now be focussed on its implementation over the next number of years.

Over sixty people attended the launch which was preceded by a presentation to a number of the surviving members and spouses of the 1962 Muff/ Quigley’s Point GAA team who still live locally.

The presentation was a copy of a photograph taken of the team which has been in the possession of one of its members, Eamon Hegarty, ever since.

Children and grandchildren of these players were present on the night to see the high regard that their grandfathers are held in by the club today and were hopefully inspired to continue training and playing gaelic football for their local club, Naomh